Here's how to un-slack your slackers in seven easy steps 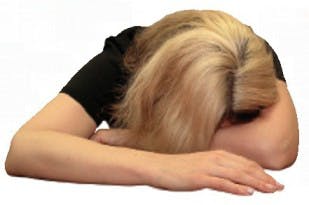 Where's Joe? The morning rush is on, and you're operating an employee short. Where is he? He was here when you opened - in fact, he was here a minute ago.

You probably have a guy like Joe on your fitness-center floor. Or you would, if he didn't have the habit of disappearing during peak hours.

You might also recognize Terri. You asked her a week ago to put together some data from your last direct-mail piece. Like the last time you asked Terri for something, you find yourself settling in for what could be a long wait. And, be assured, if it doesn't get done it's not her fault - between her various personal emergencies and the lack of cooperation she claims to get from other staff members, it's a wonder she's able to get anything accomplished.

Problem employees are triple trouble: They erode your business profits, stress out your day and can become, in sports terminology, a cancer in the clubhouse. How can you turn these people around? Here's a game plan from top management experts.

STEP 1: MAKE A DETERMINATION. When is a problem employee not a problem employee. When that person's behavior doesn't affect performance. Individuals may engage in conduct that differs markedly from that of co-workers but may not impact duties.

Consider the case of "Chatterbox Bob," who talks all the time with co-workers. Problem employee? Not necessarily.

"Some people mistakenly think that the employee who talks all the time doesn't get work done," says Bryan Hale, president of Carrollton, Texas-based Hale Consulting Services. "But maybe it's the only way Bob can get his work accomplished. Bob may need the social stimulation that comes from conversation. If the work is getting done, then 'Chatterbox Bob' is not a problem."

On the other hand, if Bob is forcing his chatter on others, "You need to point out to Bob that some other people do not share his style," says Hale. Meet with Bob and present evidence that his activity is affecting the workplace performance of those around him.

If, in fact, Bob is not performing up to standards, you need to communicate your concern about the performance issue and note that Bob has been spending a lot of time conversing with others. "We need to talk about your communication with others," you might say. "But first let's talk about your work performance and then see if the conversation with other employees may be part of the cause."

Something larger is at stake, too: Unhealthy attitudes spread through the workforce as other employees resent pulling the load for slackers. "Most of the time, a poor-performing employee is visible to everyone at the workplace, not just to that employee's supervisor," says Judith Tingley, director of Phoenix-based Performance Improvement Pros. "The result is an increase in grumbling and gossip and a decline in morale."

STEP 3: DOCUMENT PERFORMANCE. "Keep a written journal in which you enter every event that reflects the problem," says Tingley. "A written record will be invaluable later, when you discuss the issue with the employee. Someone like Terri, for example, will often say things like, 'That's not really what happened,' or 'I don't remember it that way,' or 'That was six months ago, and I have improved since then.' To respond adequately, you need written reports of what transpired."

STEP 4: COMMUNICATE THE PROBLEM. Schedule a meeting with the person to communicate the seriousness of the problem. Consider the case of Joe. "You need to get across to Joe the fact that everyone is in the group together as part of a team," says Jacobsen.

Your meeting should be a private one rather than held in front of others, for two reasons. First, you want to find out what is going on. Second, people do not want to be humiliated in front of others and so may resist accepting blame for their actions in public.

Your primary concern is for the person and what needs to get done. There may be private matters that are affecting Joe's attitude and performance, and these should not be discussed in front of others. "If Joe's wife has been diagnosed with cancer, then he has other things on his mind and you need to know about that," says Jacobsen.

STEP 5: SET OUTCOMES. In your meetings with Joe and Terri, set observable and measurable expectations. Says Tingley: "It's not enough to say 'Terri, you have got to get better.' You need to say something like this: 'The next time you're asked to collate market-research data, it must be done within the week, no matter what.' "

STEP 6: FOLLOW UP. As the weeks go by, maintain your written journal of events concerning Joe, Terri and your other employees. You will need this material later. "Follow through with another meeting two months down the road," says Tingley. "If things haven't changed, say something like this: 'Terri, both of us will have to talk about what other possibilities exist for you - here or elsewhere.' "

STEP 7: REAP THE BENEFITS. In the best of all worlds, your enlightened guidance will turn around your Joes, Terris and Bobs. At your follow-up meetings, you will have good news for them: "Congratulations! Your performance has become excellent. You are meeting all your goals."