One on One: Robbie Levine Foundation's Craig Levine Stresses Value of AEDs

A father who lost his 9-year-old son to sudden cardiac arrest dedicates his life to saving others. 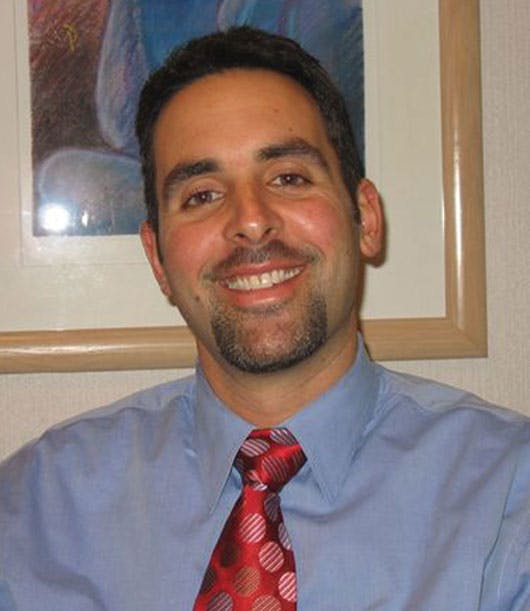 Photo of Craig Levine, who has saved two lives with AEDs

As dusk fell on a relay drill during Little League practice in the fall of 2005, Craig Levine watched his 9-year-old round first base as fast as he had ever seen him run. But before Robbie Levine could reach home plate, he collapsed to the ground in sudden cardiac arrest. Craig shook his son, begged him to wake up and screamed for someone to call 911 as he began CPR. The ambulance arrived too late. That night, Craig and his wife Jill launched Forever 9-The Robbie Levine Foundation (www.robbielevinefoundation.org), which through an annual 5K run (the fifth will take place April 25) and a separate annual Hearts Gala has raised hundreds of thousands of dollars toward public education and certification in the use of automated external defibrillators. Any entity that commits to a training program gets an AED, and inquiries have come from 48 states and as far away as South America. The ball field in Merrick, N.Y., on which Robbie Levine died lacked an AED. By the following spring, each of the city's 10 Little League diamonds had one. Since then, an AED acquired through the foundation saved the life of a 40-year-old club soccer player in nearby Bayport, and Craig Levine has personally saved lives on two separate occasions - most recently at a Feb. 6 bar mitzvah - by applying the technology. Paul Steinbach asked Levine, an oral surgeon, what it's like to be a life-saver.

Q: How did it feel the first time you revived someone with an AED?
A: If felt great. It made me realize that these things really work. It just kind of reinforced the importance of it all. One thing that the AEDs did for the people I saved was give them the chance to find out there was something wrong with their heart, and they were then able to have it corrected. My son never had that opportunity. We still don't know what was wrong with him. That's why we decided that AEDs need to be available not only at airports and schools, but on every field where youths play sports, because sudden cardiac death can happen to anybody.

Q: Are people getting the message?
A: To get the word out, we made a DVD of people telling their story about how they lost their child, and different doctors from the area talking about the importance of AEDs. Then we got the addresses of all the local athletic groups - Little League, soccer clubs, lacrosse, football - and sent them this DVD. A few years ago, there was a death at a high school football game, and right after the kid died, somebody from the school called us and said, "You know, I got your DVD. I had it sitting on my desk, but I never watched it, and now we had this child who died because a defibrillator wasn't available. Can you get us one? Because we can't allow this to happen again."

Q: What do you say to sports and fitness administrators who still don't have an AED at their disposal?
A: I've always been annoyed by the idea that health clubs need one only if they have 500 or more members. You could have only one member, and that person could have cardiac disease. It shouldn't be about the numbers. It's the same thing that I've said to everybody - even doctors: This could be used to save your own life.