One on One: Fitness Advocate Gary Carleton's Summer Teen-Fitness Initiative 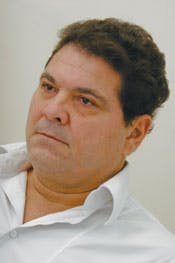 Gary Carleton weighs roughly the same now as he did at age 13, though the passing of 36 years has seen a dramatic fat-to-fit transformation of his 190-pound frame. Early exposure to health clubs was the key. Having helped pitch his Virginia high school to a state baseball championship in 1976, Carleton spent the months between his prep freshman and sophomore seasons working out in a hardcore gym and shedding nearly 50 pounds. Before graduating, he began working off a health club membership as a Nautilus instructor, an experience he says "started a love affair with health clubs." The one-time producer of the wildly successful "Cory Everson's Step Training Video" and publisher of Women's Fitness International magazine currently publishes Teen Fitness, a niche annual that hits newsstands in June. In addition, Carleton's Teen Fitness Network, a nonprofit cause-marketing initiative, identifies health clubs willing to provide teens with free summer access during otherwise dormant daytime hours. With more than 1,000 clubs in North America registered this year, some 100,000 kids ages 13 to 19 could potentially realize the benefits of fitness. Paul Steinbach asked Carleton, a competitive racquetball player, to describe his own evolution as fitness facilitator.

Q: What was your experience as an overweight teen?
A: I think I stuck out more so then because there were a lot fewer obese teens, so it was something that I was very aware of. Everybody made fun of me in gym class. I dreaded doing The President's Challenge and having to make that mile run. My loving parents made it an issue - a family issue - to beat it, and that's how I can identify with the push teens need.

Q: Have teenagers been overlooked in the obesity discussion?
A: Teens were forgotten. In 2004, when we were shifting out of the women's market and looking for new markets, our editor in chief, Shpresa Perlleshi, said, "Let's start doing something for teens." So we started this summer initiative with Shpresa's Lady of America clubs in New York, and it was a huge hit with teenage girls. That was her point from the very beginning, that these are people whose lifestyles we can change before they're adults. I found that interesting, because it fell right in with my own story. It was like a light going on, and I got really motivated to try to do something for teens.

Q: What's in it for participating clubs?
A: It gets quite a bit of publicity, a lot of favorable PR in the summertime, when health clubs aren't normally in the news for such positive campaigns in their communities. They also have a chance to walk parents around their facilities, so it certainly puts a positive light on the brand. But the clubs don't put any emphasis on closing those people or even having their sales staffs look at them as fresh leads. It's not a membership promotion. It's a community-outreach program.

Q: Do you think the initiative has staying power?
A: I want to see all 5,000 health clubs across North America adopt this campaign, but I also want to see other industries involved. I'm not so naÃ¯ve as to think that health clubs are the only way that teens can pursue a fit lifestyle. So now we're engaging mixed martial arts and karate schools to adopt this initiative, as well. It's growing. I see us still doing this in 10 years.