One on One: Tourism Expert Laurence Chalip Acknowledges Impact of Sports 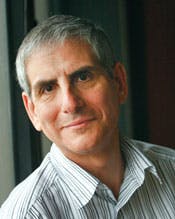 Last month, as the Minnesota Legislature considered a proposal that would fund a new stadium for the NFL's Vikings with help from hotel, rental car and NFL merchandise sales taxes, 77 percent of respondents to a Minneapolis Star-Tribune poll indicated they liked the idea and thought the taxes were fair. Meanwhile, one state representative quoted by the paper said that many legislators had a "huge concern" over being seen as responsible for the Vikings leaving Minnesota because they could not get a new publicly subsidized stadium. But are such concerns justified? Paul Steinbach spoke with University of Texas professor and sport tourism expert Laurence Chalip, who has consulted with sport entities and organizers of events worldwide (including several Olympic Games), about leveraging sport for maximum economic and social impact within a given city.

Q: Is there any truth to the notion that new sports facility construction benefits the community at large?
A: Any claim that building a stadium with public money is a good investment of public money in terms of the economic gains it will generate for the city is simply not supported by almost three decades of really solid economic research.

Q: Could such claims be realized through a better leveraging strategy?
A: We did some work with the city of Corpus Christi around the time that the Hooks - a double-A Minor League Baseball team - were coming into town. They built a stadium, and of course there was all the usual conversation about all of the benefits the Hooks would bring. We tracked it, and basically there was no leverage to make any of the things they said would happen happen, and most of them didn't happen. Partly through our work with Corpus Christi, we developed a model on how to make a professional sports team work for its community: Here are the ways you can use the presence of this team to create new business relationships and build on the tourism experience of visitors.

Q: How can a team impact its community socially?
A: The Hooks, for example, created an adult walking exercise program using school facilities, staffed through the parks and recreation department, and leveraging the Hooks brand and cachet to develop marketing and rewards. That created a readily sustainable and highly successful program that had both public health benefits and, as it turned out, a number of social benefits, because new interactions were taking place.