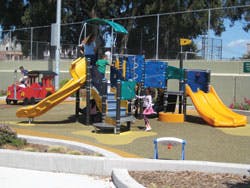 Two years ago, the city of San Francisco was anticipating a $200 million budget deficit. Despite the grim projection, the mayor's office proposed a $185 million bond that would go toward failing playgrounds and other parks infrastructure, as well as provide the parks and rec department with 14 additional gardeners and 28 new maintenance workers. More than 70 percent of voters supported the bond.

That level of public support, especially considering the city's dire financial situation, required an equally high level of political capital. According to people familiar with the history of San Francisco's parks, that political leverage for neighborhood parks has been building in large part because of an innovative online program, called ParkScan, that is designed to engage regular citizens as overseers of the city's parks. 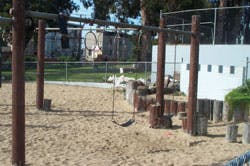 "There has been this idea that regular people can get involved in their city by tracking what improvements need to be made," says Sunya Ojure, program manager for the Neighborhood Parks Council, a San Francisco nonprofit that has been drumming up support for the city's neighborhood parks since 1996. "It's all related to helping government by looping in citizens to be the stewards of public spaces."

To achieve that goal, the NPC in 2004 introduced ParkScan, an Internet-based application that allows park users to immediately bring issues with city parks to the attention of parks staff. San Franciscans log on to the ParkScan system, where they can use a Google Maps application or a drop-down menu to choose a neighborhood park. They then can describe a specific maintenance or usage issue - such as graffiti, littering or a malfunctioning irrigation system - and even pinpoint the exact location of the issue using an interactive aerial park map.

Last year, the NPC integrated ParkScan with the city's 311 service, a phone- and Internet-based system that connects residents, businesses and visitors to government information. Parks employees and NPC staff realized there was some duplication between the two platforms, and the integration now allows all ParkScan reports - referred to as ParkScans - to become immediate work orders in the 311 system. "The city can compare it to other 311s and ParkScans and make sure it's not a duplicate, then the work order is filtered down to the right department," says Ojure, adding that before either application existed, people with parks complaints called a general help line and were rarely connected with the appropriate department head or manager. "The system is set up to ensure that the right people are getting the information. If it's a graffiti issue, it goes to the paint shop. If it's a garden maintenance issue, it goes to the gardeners."

And unlike a phone message that may or may not be returned, ParkScan adds an element of accountability, as all ParkScans are viewable on the site, and the status of each is updated in real time. If, say, a ParkScan user reports graffiti on playground equipment, that person is sent an automated message saying the report has been delivered to the appropriate department head. Many messages are often followed up with individualized responses, as well. If the issue remains unresolved or maintenance crews are awaiting a part, the ParkScan report says as much. Once the issue is resolved, the solution is described and the ParkScan's status is "closed."

Of course, not all complaints can be resolved, but Ojure says that of the ParkScans received annually, usually about 80 percent represent legitimate maintenance or usage complaints that are addressed and closed. Of the 3,867 parks-related 311 and ParkScan reports submitted in 2009, 82 percent have been closed. The most common reports were of graffiti (23 percent), litter (18 percent), water or irrigation issues (12 percent) and access issues (8 percent).

"There are some things that don't get taken care of because they are larger issues," she says. "Someone might report, 'I want a new playground.' Obviously, that's not something we can close out anytime soon. But what we can do in that situation is tell the user that it is a capital renovation issue, and we can try to connect him or her to the appropriate funding organizations or the right people that can talk about what it would take to get that done."

Ojure admits that a certain segment of ParkScan users see the system as a way to vent or air grievances that may far exceed the scope of emergency maintenance issues, but that may not be all bad. "They can get whatever it is out of their system and it ends there," she says. "The vast majority of ParkScans - I'd say nine out of 10 - are very helpful. They're telling us there's a bolt loose; there's graffiti; there are lights out in the bathroom. All these things our parks staff may not know about until they get the ParkScan, because there has been limited staffing at our parks and recreation department for years because of budget issues."

The NPC was only able to launch the ParkScan platform after receiving a $400,000 startup grant from the Sloan Foundation, as well as a subsequent four-year, $1.2 million grant. The group now estimates the annual cost related to maintaining and improving the site at approximately $25,000.

Ojure believes the widespread proliferation of personal wireless devices, as well as the technical development of networking applications, make programs like ParkScan viable options for even much smaller government agencies. In fact, since launching ParkScan - the first application of its kind dedicated specifically to parks and recreation reporting - the NPC has fielded numerous requests for information from other municipal agencies, and the group helped the Portland (Ore.) parks and recreation department launch a ParkScan program of its own last year.

Despite ParkScan's success, Ojure says many municipal agencies - not to be confused with nonprofit advocacy groups such as the NPC - are wary of a system that points out potential problems without providing a direct funding solution. "That is something that tends to scare city governments when thinking about a tool like this," Ojure says. "But we've actually found that this has helped alleviate some of the conflict and frustration that the public feels during times of limited resources. At least this gives them a tool they can use to discuss their parks; they can get feedback and communicate with staff."

And without a mayor's office or a parks and recreation department that have welcomed such public accountability, even down to minor details such as graffiti, both the political and practical advantages the system have created would be lost. "Without that full support of the city staff, we would merely be collecting information," Ojure says, adding that the NPC compiles an annual report of ParkScan data to provide to both residents and city staff members to use as a political leverage tool. "The most powerful part of this system is that we're actually getting issues addressed."