UConn Drama Shows a Darker Side of Donor Relations

In a brutally frank and occasionally vitriolic five-page letter to University of Connecticut athletic director Jeff Hathaway, publishing magnate Robert Burton repeatedly cited the millions of dollars he'd donated to the school as evidence that he'd been snubbed in the search process for a new head football coach. 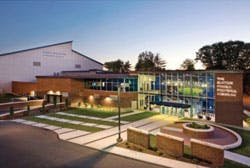 After a coaching search, UConn donor Robert Burton demanded his name be removed and his money returned from the football training complex. (Photo by Christine Radecic)

In a brutally frank and occasionally vitriolic five-page letter to University of Connecticut athletic director Jeff Hathaway, publishing magnate Robert Burton repeatedly cited the millions of dollars he'd donated to the school as evidence that he'd been snubbed in the search process for a new head football coach.

Six days after former Syracuse head coach Paul Pasqualoni was announced as UConn's head coach, replacing Randy Edsall, who'd departed for the Maryland job, Burton wrote to Hathaway that he was not qualified to be a Division I athletic director in part because he had not demonstrated "the skills to manage and cultivate new donors." The 72-year-old namesake of the school's football training center also demanded that his $3 million contribution toward the facility be returned and announced plans to kill or transfer other existing financial gifts and endowments.

"I made two things very clear to you, as the largest donor in the UConn football program," Burton said, in one of no less than seven instances in which he implied that his previous donations had earned him a right to be a major voice in the coaching search. "I told you I wanted to be involved in the hiring process for the new coach. I also gave you my insight about who would be a good fit for the head coaching position as well as who would not. For someone who has given over $7 million to the football program/university, I do not feel as though these requests were asking too much."

Burton was subsequently derided by many in the mainstream sports media as an arrogant emblem of the precarious influence of private money on the operations of state-funded schools. However, the evidence suggests that communications such as Burton's are a fairly common and often necessary part of the college athletics development game, even if they are a part casual fans rarely see. "It is common and expected that ADs be strong relationship-builders with major donors," says Donna Lopiano, former CEO of the Women's Sports Foundation and president of the consultancy Sports Management Resources. "That means regular, meaningful conversations and asking the donor for advice, always being accessible when the donor wants to talk."

Lopiano adds that donors should not and generally do not expect buying or decision-making authority but that athletic directors now have an expectation to show the "highest respect and appreciation" to their department's major investors, including trusting them and sharing their thinking with them. To his credit, Burton explicitly wrote that he "was not looking for veto power over the next hire."

Eventually, it appears, members of UConn's board of trustees were able to placate the powerful donor. "I began to wonder how I would feel if I was ever estranged from the university - I certainly hope that someone would reach out to me," board vice chairman Larry McHugh said in a press release after Burton re-pledged his support to the football program. "It is gratifying that the Burton family has welcomed our overture and is re-embracing the university."