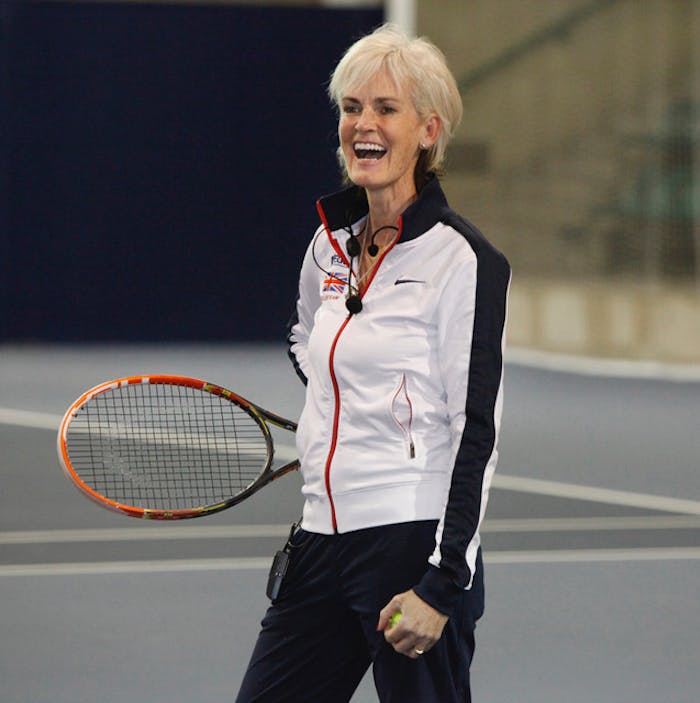 The legendary Nick Bollettieri is one of the most influential people in tennis. In 1978, he created the academy model of training and founded the Nick Bollettieri Tennis Academy in Florida. His  multi-faceted approach includes blending the technical and strategic on-court training with specialized performance physical training and mental conditioning. Bollettieri coached 10 world #1 players – Agassi, Becker, Courier, Hingis, Jankovic, Rios, Seles, Sharapova and Venus and Serena Williams, as well as a multitude of other world class players, including Nishikori, Haas, Kournikova, Arias and Vaidisova, to name a few.

At 86, Bollettieri is still coaching every day. He is a member of 10 halls of fame including the International Tennis Hall of Fame and the Black Tennis Hall of Fame, an author, philanthropist, motivational speaker, commentator, mentor, advisor and clinician.

Judy Murray, coach of world #16 Andy Murray, is a former Scottish tennis player with 64 national titles to her name. She became Scottish National Coach in 1995, the same year she also became the first woman to pass the LTA’s Performance Coach Award. She initiated the Scottish Development School program that ultimately produced four Davis Cup players and one Fed Cup player, including her Grand Slam winning sons, Jamie and Andy. In 2011, she was appointed Captain of the British Fed Cup Team and used this role to grow the profile and numbers in women’s tennis across players and coaches.

Murray has developed several tennis initiatives, including Miss-Hits, a starter program for girls ages 5 to 8, that she will present at the PTR Symposium, Tennis on the Road that takes tennis into remote and deprived parts of Scotland, and, most recently, She Rallies, a program with the LTA to encourage more women and girls into tennis across the UK.

For more information or to register for the Symposium, visit www.ptrtennis.org or call 843-785-7244.

PTR is the largest global organization of tennis teaching professionals with more than 16,000 members in 125 countries. It has the greatest percentage of multicultural and women members of any such organization. PTR is dedicated to educating, certifying and servicing tennis teachers and coaches around the world in order to grow the game.