One of the largest crowds ever for a news media session at the NFL scouting combine peppered Manti Te'o with 36 questions last year, almost all about a hoax involving the death of a girlfriend who didn't exist.

The crowd for Missouri defensive end Michael Sam's session Saturday might be even bigger. But behind closed doors it's unlikely NFL teams will show near the same interest in Sam's announcement that he's gay.

As Minnesota Vikings general manager Rick Spielman put it Thursday: "What are you going to ask him? He just came out and stated his position."

With Te'o, there were countless follow-up questions in both settings. Was he in on the hoax? What impact did it have on his shoddy performance in Notre Dame's national championship loss to Alabama?

With Sam, who earned All-America honors after coming out to teammates before last season, his answer became public record Feb. 9 -- he's gay.

"If my area scout's any good, he already knew that anyway," an NFL personnel director said, speaking on condition of anonymity because of the sensitivity of the situation.

All of the other questions -- Will Sam be accepted in an NFL locker room? Will the media horde chronicling the NFL's first openly gay player create resentment? -- will be answered once he lands with a team.

The dynamic is different when entering a transient NFL locker room than in college, where players grow up together over four or five years. But Missouri's excellent 2013 season suggests such questions are overblown anyway.

"One of the key differences between this and the Manti Te'o story is Manti Te'o wasn't really in control of that situation," said former NFL punter Chris Kluwe, a gay rights advocate who was at Sam's coming-out party the night before his announcement. "Mike is very much: 'Yeah, this is who I am. Deal with it.'"

If teams have one question on the subject, it might be this: Why did Sam come out to the public now? His teammates knew last season. His coaches knew. Some reporters knew. No one revealed Sam's secret, and Sam and the Tigers did just fine.

Sam has made himself a public figure before he plays an NFL snap, which could pay off down the line. If he lasts only a season or two, like so many late-round draft picks, he could make his money on the public speaking circuit instead.

"You cover it, just because you cover things that are happening in these players' lives, whether they're good or bad," another NFL personnel director said, also speaking on condition of anonymity because of the sensitivity of the matter. "You just want to get to know them."

Some teams might not even do that, uneasy about what they can ask a week after the release of a scathing report on workplace harassment with the Miami Dolphins, with the NFL recently issuing a memo reminding teams of its non-discrimination policies.

Coaches and scouts are used to being tough during interviews at the combine, having grilled criminals, drug abusers and malcontents.

The line of questioning for Sam will be far more focused on how his skill set as a 6-2, 255-pound pass rusher with limited mobility fits into an NFL team's plans, rather than having him play guessing games about how he'll fit into the locker room.

Many teams might not even interview Sam here, having talked to him at the Senior Bowl and/or knowing they can attend his pro day or bring him in for a visit if they have further questions.

Then there is the media. As with Te'o, teams can count on reporters to draw out a lot of the answers teams would be seeking from Sam about all of the other stuff anyway.

"If anything, people will completely ignore it because they don't know how to address it," the second personnel director said. "What more can you discuss about it?

"In my opinion, there is no story. There's nothing. What more can you do?"

February 21, 2014
Copyright © 2014 LexisNexis, a division of Reed Elsevier Inc. All Rights Reserved.
Terms and Conditions Privacy Policy
Sign Up for AB Today!
Join other industry professionals in the wood flooring industry to provide the latest news, information and insight delivered to your inbox twice a week.
Related Stories 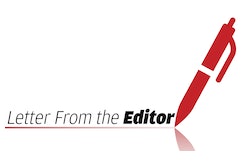 With school out and vacations on the menu, these warm months are a good time to step back, get outside and recharge the batteries. It’s good for the soul, and it’s good...
July 5, 2022
Leadership

Richard Dodd qualified for his first Boston Marathon at age 18 in 1978, founded a four-mile run in his hometown that has been held annually on the Fourth of July since 1979, and set the Wisconsin state record for the 50K distance (essentially a maratho...
June 23, 2022
Budgeting

The University of Wisconsin Athletic Board on Friday approved a change to its Student-Athlete Discipline Policy to close what athletic director Chris McIntosh said was a gap relating to drunken driving offenses.
June 13, 2022
Safety & Security

Rose-Hulman Institute Of Technology in Terre Haute, Ind., confirmed Wednesday that an incident of racial abuse occurred on the part of Rose-Hulman softball players toward players on Oberlin College's team.
June 10, 2022
Leadership

University of Michigan head football coach Jim Harbaugh has made good on his pledge that incentive bonuses he received for the football team’s 2021 success would be redirected to athletic department staff who had taken pandemic-related pay cuts.
June 9, 2022
Leadership

The latest data set from Athlete Viewpoint and Athletic Director U adds to the already dim picture of working conditions of NCAA Division I collegiate athletic administrators.
June 6, 2022
Leadership

A story behind every building

The 35th Architectural Showcase is in your hands. Chock full of 52 athletics, fitness and recreation facilities, this issue is as much a document of impressive venues...
June 6, 2022
Leadership

Norris Legue called himself The Guru of Glue, and it was a nickname that, well, stuck. The moniker projected a cheeky confidence — the special combination of New Orleans roots and New Jersey moxie.
June 1, 2022
Leadership

Kapler had previously explained that he’s decided to remain in the Giants’ clubhouse during the national anthem because of his dismay at the “direction of the country” in the aftermath of last week’s mass shooting at an elementary school in Uvalde, Texas.
May 31, 2022
Safety & Security

University of California women’s swimming team head coach Teri McKeever has been placed on administrative leave pending completion of an investigation into allegations by dozens of current or former Cal athletes that they were bullied or verbally abused.
May 26, 2022
Page 1 of 52
Next Page
Buyer's Guide
Information on more than 3,000 companies, sorted by category. Listings are updated daily.
Learn More
AB Show 2022 in Orlando
AB Show is a solution-focused event for athletics, fitness, recreation and military professionals.
Learn More