Michigan can deny participation rights to home-schoolers, but maybe it shouldn't 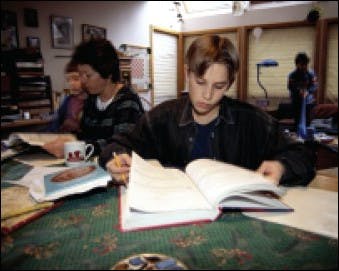 For many years, most legal challenges surrounding the education of children at home centered on the issue of whether parents even had the legal right to home school their children. While it has become clear that parents, for religious and other reasons, have that right, there is still one area where the rights of home-schooled children are not so clear: participation in extracurricular activities at local public schools.

An example of the legal issues involved in these cases is Reid v. Michigan High School Athletic Association [2004 Mich. App. LEXIS 645]. In Reid, a group of parents decided to home school their children "in order to fulfill their God-given responsibility to raise children that know, love and serve God and their fellow man." In particular, the parents hoped to "ensure that the education provided to their children integrates their religious beliefs on a curriculum-wide basis and to minimize the influence of other world-views (e.g. secular humanism/ scientific naturalism) and other persons (e.g. peers and other authority figures) which threaten to undermine those sincerely held religious beliefs."

In challenging the MHSAA enrollment requirement, the home-schooling parents presented three arguments. First, they argued that every child in Michigan has a statutory right to participate in non-core programs. In support of this argument, the parents cited the Michigan Supreme Court's decision in Snyder v. Charlotte Public School Dist. [421 Mich. 517; 365 N.W.2d 151 (1984)], which held that a student enrolled in a private school that did not offer a band class could enroll in a public school's band class because the band class was a non-core class. In Snyder, the court defined non-core classes as nonessential elective courses that need not be taught in nonpublic schools, including classes such as science, band, shop and advanced math.

However, the Supreme Court in Reid ruled that Michigan courts have long recognized a difference between non-core programs and extracurricular activities. In addition, the court noted, Michigan courts have held that participation in interscholastic sports is a privilege, not a right, and that "compliance with MHSAA rules on the part of student-athletes is an appropriate and justifiable condition of the privilege of participating in interscholastic athletics under the auspices of the MHSAA."

The parents also argued that since Michigan law mandates that all physically fit students take a course in physical education, and students who participate in extracurricular athletics are allowed to receive credit to meet the physical education requirement, such activities are analogous to non-core courses. In rejecting this claim, the court noted that there was a legal distinction between interscholastic athletics and the physical training contemplated by Michigan statute. The court therefore held that "based on the fact that Michigan statutory and case law merely allows a school district to participate in interscholastic athletics and does not mandate such participation, Michigan law does not require public schools to admit home schooled students to their athletic programs, and there is no statutory right to participate in extracurricular interscholastic athletic events."

The parents' second argument was that by adopting MHSAA regulations, the schools have conditioned participation in extracurricular athletics in such a way that it violates home schoolers' right to freely exercise their religion by being educated at home. However, using a five-part test developed by the United States Supreme Court in Wisconsin v. Yoder [406 U.S. 205 (1972)], the Michigan court held that the parents failed to show that the MHSAA regulation infringed on their right to freely exercise their religion. Under the five-part test established in Yoder, the parents would have had to show:

1. whether a belief, or conduct motivated by belief, is sincerely held;

2. whether a belief, or conduct motivated by belief, is religious in nature;

3. whether a state regulation imposes a burden on the exercise of such belief or conduct;

4. whether a compelling state interest justifies the burden imposed upon an individual's belief or conduct; and

5. whether there is a less obtrusive form of regulation available to the state.

Generally, legislation challenged under the equal-protection clause of the Michigan or United States Constitutions, the court noted, is accorded a presumption of constitutionality and is reviewed by applying a rational basis standard. Under this standard, a statute or rule is held valid as long as it is rationally related to a legitimate governmental purpose. The MHSAA enrollment requirement, the court held, was neutral on its face and applied equally to everyone. In addition, the court found that the MHSAA's stated goal - to eliminate recruiting, or the use of "ringers" in high school athletics - was a legitimate governmental purpose.

While it is clear from Reid that some states and high school athletic associations have the legal right to limit the access home-schooled children have to extracurricular activities at local public schools, athletic administrators might want to reconsider any such rule or policy.

1. the student must be legally registered under the home-school law;

2. the student must meet all the eligibility requirements of a public school student (aside from full-time attendance); and

3. the student's test scores or periodic academic reports must be submitted to the public school.

These statutes do more than simply meet the educational and developmental needs of home-schooled students by allowing them to participate in extracurricular activities. They also go a long way toward addressing athletic administrators' concerns about limited financial resources by permitting the school district to include dual-enrolled school students for the purposes of receiving state funding, to the extent that the student actually participates in the public school programs. This will not only offset any added administrative costs associated with the accommodation of home-schooled children, but should help generate additional funds for the athletic program.