Courts in an increasing number of states are enforcing liability waivers signed by parents on behalf of minors. 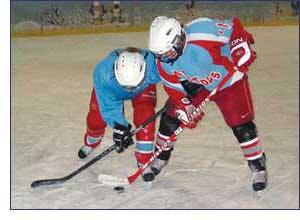 Photo of hockey playersService providers in the athletic, recreation and fitness fields face the ever-present threat of injury to participants and the lawsuits that often result. Consequently, most providers are at least somewhat familiar with the concept of the liability waiver, and most now realize that such waivers can provide valuable protection against lawsuits alleging negligence on the part of the service provider.

In at least 46 states, a well-written, properly administered waiver that is voluntarily signed by an adult can -- under certain conditions -- provide protection from liability for injuries resulting from the negligence of the provider. (Waivers are not valid in Louisiana, Montana and Virginia. No waiver cases have been found in Rhode Island, so it is impossible to determine how the courts will react when the situation arises. In other states, such as New York and Hawaii, statutes place important limitations on waiver use.)

A question raised by many providers in athletics, recreation and fitness is, "Will a waiver provide protection when the injured party is a minor?" It is well established that most contracts (except those for "necessities") signed by minors are voidable by the minor party. Waivers are contracts; therefore, a minor can disaffirm a waiver and leave the provider unprotected. The subsequent tactic taken by many providers has been to have the parent of the minor sign a waiver on behalf of the minor, releasing the provider from liability for injuries resulting from the negligence of the provider.

Conventional wisdom has held that such waivers signed by parents are invalid and unenforceable, based on the reasoning that a parent does not have the authority to sign away the rights of the minor. In recent years, however, courts in several states have re-examined this issue and have elected to enforce such waivers. Moreover, courts in a number of other states seem to be leaning in this direction.

To fully understand the complexity of this issue, one must first contrast the rationales used by the courts to uphold or invalidate waivers signed by parents on behalf of minors, understand the impact of indemnity agreements, and examine the current status of minor-related waiver law in the states that have addressed the issue.

Courts that have invalidated waivers signed by parents on behalf of minors have typically done so on the grounds that such waivers violate public policy.

For example, the Washington Supreme Court, in Scott v. Pacific West Mountain Resort [834 P.2d 6, 17(Wash., 1992)], said that "there are instances where public policy reasons for preserving an obligation of care owed by one person to another outweigh our traditional regard for freedom of contract." The court further stated that since parents have no authority to release a cause of action in a post-injury setting, it makes little sense to allow the parent the authority to release the child's cause of action prior to an injury.

More recently, the Colorado Supreme Court, in Cooper v. The Aspen Skiing Company [2002 Colo. LEXIS 528, 14], stated that while parents signing waivers prior to an injury do not have the same financial motivation as parents signing post-injury releases, the protections accorded minors in a post-injury setting illustrate Colorado's "overarching policy to protect minors." Following an injury, the medical bills for a child might place the parent in a financial bind. In this case the parent might choose to sign a post-injury release in exchange for a much-needed monetary settlement that might not be in the best interests of the child. No such pressure exists concerning a pre-injury waiver. Thus, while a parent's decision to sign a pre-injury waiver may not be in "deliberate derogation of his child's best interests," according to the court, the ultimate effect is the same.

Conversely, courts in other states have ruled that such waivers uphold public policy. The first case in which a waiver signed by the parent of a minor was enforceable was Hohe v. San Diego Unified School District [224 Cal App.3d 1559 (1990)]. The court referred to Civil Code Section 35, which says that a minor can disaffirm a contract made by the minor, but ruled that a waiver signed by the parent on behalf of the minor was enforceable.

Eight years later, the Ohio Supreme Court re-examined the public policy of the state and found that the General Assembly had passed recreational-user and volunteer-immunity legislation that, in effect, articulated an intent to encourage the sponsor- ship of sports activities and the protection of volunteers. In Zivich v. Mentor Soccer Club Inc. [1998 Ohio LEXIS 1832, 11-12], the court acknowledged that 1) sports activities offered by non-profit organizations and volunteers are of value to the public in promoting youth activities, 2) these organizations and individuals are threatened by liability actions, and 3) waivers signed by parents on behalf of minor participants enable these organizations and individuals to continue providing sports opportunities for youths. Therefore, the court concluded that the plaintiff gave up his right to sue for the negligent acts of others since "the public as a whole received the benefit of these exculpatory agreements." The court went on to say that the parents agreed to shoulder the risk and that "public policy does not forbid such an agreement."

The Zivich court expounded that public policy justifies giving parents authority to enter into these types of binding agreements on behalf of their children. The court also stressed that the enforcement of these agreements may well promote more active involvement by participants and their families, thereby promoting the overall quality and safety of the activities. Also relevant were the court's comments regarding the importance of parental authority. It held that the right of a parent to raise his or her child is a natural right subject to the protections of due process, and that the parent has a fundamental liberty interest in the care, custody and management of the child. The court further discussed the idea that signing a waiver is not unlike other decisions made by parents under the penumbra of parental authority. These include decisions regarding religion, schooling, medical care and discipline.

The court also countered the arguments set forth by the Scott and Cooper courts regarding the equating of pre-injury waivers with post-injury releases. The court explained that when a parent considers signing a post-injury release, the parent is often faced with the emotional stress of an injured child and the financial stress of substantial medical bills, and thus is more vulnerable to coercion and fraud. On the other hand, the parent who contemplates signing a pre-injury waiver has no financial motivation to sign the waiver. In fact, it is against the financial interest of the parent to sign. The parent faces no emotional trauma or financial pressure. The parent has time to examine the waiver, consider alternative actions and assess the possible consequences of signing. By signing, the parent declares his or her willingness to shoulder the risk.

Laws regarding the enforceability of both waivers signed by parents on behalf of minors and parental indemnity agreements vary from state to state. Athletic, recreation and fitness-related waiver and indemnity cases involving minors have been found in 34 states.

Service providers must decide what to do to protect themselves from liability in instances involving minor participants. As the aforementioned analysis confirms, there is no one answer that will work in all states.

The first step toward general risk management, then, is the development and consistent use of a liability waiver (including an indemnity agreement) designed specifically for minor participants and their parents. An attorney familiar with waiver and contract law should either examine the waiver or personally prepare one for the provider.

Even with a waiver in place, however, service providers should operate under the assumption that the waiver will not provide the sought-after protection. Four risk-management actions are recommended. First, every service provider should learn as much as possible about liability, risk management, insurance and protective documents such as waivers, agreements to participate, indemnity agreements, assumption-of-risk agreements and informed-consent agreements.

The provider should also develop and use an "agreement to participate" designed for minor participants. Not only is this a good public-relations device, it can also strengthen both primary and secondary assumption-of-risk defenses.

Finally, the provider should initiate a comprehensive, ongoing risk-management program. Preventing injuries is still the best way to avoid a lawsuit.