14-Year-Old Did Not Assume Risk of Ricochet In Batting Cage, Court Rules

A 14-year-old injured in a batting cage did not assume the risk of a ricochet injury, a court says.

Look for this Sports Law article in the September issue of Athletic Business. Sign up for E-News to receive a special preview of Sports Law delivered to your inbox each month. 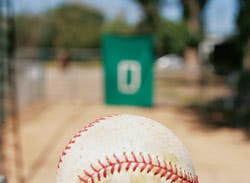 In applying the assumption of risk doctrine, the courts have ruled that athletes participating in sporting events generally assume all risks that are inherent in the activity. The theory behind this rule is that since the athlete knows of the risks involved in the activity and still voluntarily participates, he or she should not be allowed to complain if he or she suffers an injury.

While the assumption of risk defense may be well established in the law, there are still a number of questions the courts must answer to determine its applicability to a given case. For example, did the injured athlete actually know of the danger or risk that was associated with the activity? Did the person's age and experience level prevent him or her from appreciating the danger or risk associated with the activity? One example of how the courts review these issues is Demelio v. Playmakers Inc. [855 N.Y.S.2d 878 (2008)].

John Demelio, who had played on an organized baseball team since he was seven or eight years old, had been using the Brooklyn Indoor Sports Center's batting cages several times a month for about three years. On his 14th birthday, a ball he hit ricocheted off a pole that formed part of the batting cage and struck him in the eye, leaving him with a detached retina.

As a result of his injury, Demelio sued the facility owner for negligence, arguing that by placing the metal poles in close proximity to and within the batter's forward hitting radius, the owner created an unreasonable ricochet risk to the batter that is not a risk inherent to the use of batting cages. Demelio also argued that the facility owner failed to address or reduce the risk, either by padding the poles or hanging netting between the batter and the poles.

In response to Demelio's suit, the facility owner filed a summary judgment motion (seeking dismissal of the case), based on the doctrine of assumption of risk. Specifically, the owner argued that by using a batting cage, Demelio assumed all risks associated with the activity, including the risk of batted balls ricocheting off poles and back at the batter. As an illustration of the assumption of risk doctrine, the Supreme Court of New York, Kings County, acknowledged that since being struck by a ball or bat during a baseball game are inherent risks of playing the game, the assumption of risk defense would prevent an injured person from collecting damages unless he or she could show that the defendant unreasonably increased the inherent risk associated with the game of baseball.

Before examining whether ricocheting balls was an inherent risk of using batting cages or whether the facility unreasonably increased the risk associated with the activity, however, the court first examined whether Demelio could even assume a risk, given his age. Generally, the courts will not apply the assumption of risk defense against minors, since their age and inexperience are presumed to render them unable to appreciate the risk of injury. As noted, Demelio, at 14 years old on the day he was injured, was clearly a minor. The court, however, ruled that due to his knowledge of and experience with baseball and this particular facility's batting cages, the assumption of risk defense could be applied.

The next issue the court needed to decide was whether Demelio had actual acknowledge of the risk of balls ricocheting back at batters. The facility owner argued that the risk was known to everyone using a batting cage. Moreover, the facility owner noted, all batters were required to wear a helmet while using the batting cage in order to reduce the risk of injury. (Demelio was, in fact, wearing a helmet when he was struck in the eye.)

In rejecting the facility's motion for summary judgment, the court stated that while the risk of being hit by a baseball may be inherent to playing or practicing on a baseball field, it may not be inherent or obvious in batting cages. Where an injury is alleged to have been caused by some characteristic of play that is not itself inherent to a sport as usually played, but is caused instead by some addition to or modification of the activity such as a batting cage or pitching machine, the court ruled that the addition or modification to the activity must be considered in determining a person's appreciation of the risk.

Demelio testified that while playing baseball he had seen a baseball strike a pole, fence or wall and deflect into the field of play, but had never seen a ball ricochet off a pole on his previous visits to Brooklyn Indoor Sports Center, and had never heard of anyone suffering any type of injury as a result of balls ricocheting in batting cages. Demelio claimed that he was not aware of any risk associated with batted balls ricocheting back at him, either on a baseball field or in one of Brooklyn Indoor Sports Center's batting cages.

As for the facility's use of helmets, the court ruled that while the requirement provides circumstantial evidence of the existence of some risk and awareness of the risk by participants, the mere use of helmets was insufficient to satisfy the facility's summary judgment request. (A helmet with a faceguard would probably have prevented the injury, but since a faceguard is not standard equipment for baseball hitters, it falls outside a facility owner's duty of care.)

While the issue of whether Demelio assumed the risk of injury when he used the batting cage must still be decided by the court, its decision to reject the summary judgment motion is important because it provides facility operators and owners with some valuable lessons. The court has sent a clear message that just because an athlete assumes a risk outside, once you take the game inside, there are a whole new set of risks associated with the activity. As a result, facilities that host indoor soccer, lacrosse and other traditional outdoor activities should reevaluate the risks associated with these activities. The only way facility operators and owners can ensure that the assumption of risk defense will apply to indoor activities is to inform participants of all the risks associated with the activity and warn them of all potential dangers.

Attorney John T. Wolohan (jwolohan@ithaca.edu) is a professor of sports law and chair of the Sport Management & Media department at Ithaca College, where Xinxian Zou (of Beijing Sport University) is a visiting professor of sport management.
Sign Up for AB Today!
Get industry news, insights, and new product information delivered straight to your inbox.
Read Next