Arizona's immigration law has left its mark on sports, but how much influence should sports have over lawmaking? 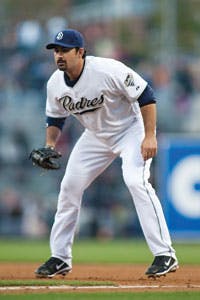 TAKING A STAND Adrian Gonzalez has stated he will not play in the 2011 MLB All-Star Game - his third, if elected - if it is played in Phoenix and Arizona's controversial immigration law is still in place.

The law has left its mark on sports, but how much influence should sports have on lawmaking?

On April 23, Arizona governor Jan Brewer signed into law SB1070, an immigration bill that criminalizes an individual's inability to produce documentation proving that he or she legally belongs in the United States. Critics argue the law, which allows police to question individuals based merely on suspicion, will lead to racial profiling. Among the earliest critics were individual athletes and entire teams, most notably in Major League Baseball.

Latinos comprise 27 percent of MLB roster positions, and half of all big-league players call Arizona home during spring training. Moreover, Chase Field in Phoenix is scheduled to host the 2011 All-Star Game, with its three days of festivities estimated to be worth some $60 million in direct economic impact to the area.

A Latino-led online organizing initiative called presente.org has launched movethegame.org to petition MLB commissioner Bud Selig to relocate the event. "With Latinos representing nearly a third of all Major League Baseball players, it is incredibly disappointing that Commissioner Selig would seek to hold a celebration of the game's stars in a state that treats many of them as second-class citizens," presente.org co-founder Roberto Lovato said in a statement May 13. "The commissioner is clearly out of touch with the 'minority communities' he says MLB is so in tune with." With the backing of moveon.org, the petition registered more than 100,000 signatories in less than a week.

In a letter to Selig dated May 13, leaders from the Arizona Chamber of Commerce and Industry, the Greater Phoenix Economic Council, the Arizona Hispanic Chamber of Commerce and 10 other groups stated that relocating the game would endanger the jobs of "innocent citizens, including our Hispanic community." That same day, Selig pointed to the high marks MLB received in the Racial and Gender Report Card released in late April by sports sociologist Richard Lapchick. The 2010 report gave MLB an A for race and a B for minority hiring, citing such "outstanding" diversity initiatives as the fourth annual Civil Rights Game and Roberto Clemente Day. "Apparently all the people around and in minority communities think we're doing okay. That's the issue, and that's the answer," Selig said following a May 13 owners meeting. "I told the clubs today: 'Be proud of what we've done.' They are."

By then, Major League Baseball Players' Association executive director Michael Weiner had issued a statement that SB1070 could have a negative impact on hundreds of MLB players. "The Major League Baseball Players Association opposes this law as written," the statement read. "We hope that the law is repealed or modified promptly. If the current law goes into effect, the MLBPA will consider additional steps necessary to protect the rights and interests of our members." 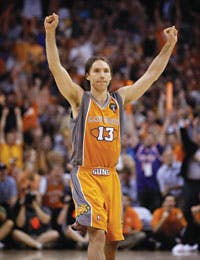 Sen. Robert Menendez of New Jersey and Rep. Jose Serrano of New York, both Democrats, have called for an MLBPA boycott of the All-Star Game. Outspoken Chicago White Sox manager Ozzie Guillen, a Venezuelan-born U.S. citizen, has stated that he will not take part in the game, even while encouraging players to participate. San Diego Padres two-time all-star first-baseman Adrian Gonzalez, a dual citizen of the U.S. and Mexico, has said he will refuse to play if the law remains in effect, and teammates Vorvit Torrealba, Scott Hairston and Heath Bell have also spoken out against the law. Other MLB players to weigh in publicly include New York Mets catcher Rod Barajas and Diamondbacks infielder Augie Ojeda.

Regardless of their own personal immigration stances, Ojeda and his Arizona teammates have been met by public demonstrations when on the road. A May 31 gathering outside Dodger Stadium in Los Angeles drew 500 protesters, and another two days earlier outside San Francisco's AT&T Park saw an estimated 150. One fan among 100 or so protesters assembled April 29 at Chicago's Wrigley Field ripped up the ticket he held to see that day's Cubs game against the Diamondbacks. "Arizona has legalized racial profiling," Paul D'Amato told the Chicago Sun-Times. "I cannot in good conscience go into this game."

Attendance at Chase Field is down an average 2,000 fans per game, though a Phoenix Business Journal report points to the Diamondbacks' second straight season of last-place performance, the post-season appearances of the NHL's Coyotes and NBA's Suns (or "Los Suns," a jersey moniker adopted briefly during the playoffs), the fact that marquee games are yet to come on the schedule, and the economy as conspiring factors. SB1070 is mentioned only by readers commenting on the online article.

Still, it's hard to gauge where the public stands on SB1070. If you read enough headlines, you'll find support to be at once widespread and waning. But even as boycott measures have trickled down to the high school activities level, it appears, at least, that most people prefer a border fence separating sports from politics. According to a poll at ivotemobile.com, 74 percent of participants responded "No" to the question "Should sports teams boycott Arizona due to immigration law?" AB's own online query - "What do you think of athletes, coaches and sports organizations stepping into the Arizona immigration law firestorm?" - produced similar results, with 63 percent of respondents indicating, "They should butt out."

Sports activism is not unprecedented, nor is it foreign to Arizona. The NFL in 1990 pulled Super Bowl XXVII out of Tempe in protest of the state's refusal to recognize Martin Luther King Jr. Day, and the NBA told the Suns essentially that any bid for the All-Star Game was wasted effort. Arizona voters relented two years later, after an estimated $350 million in tourism income had been lost. Since then, Super Bowls have been staged in Tempe (in 1996) and Phoenix (in 2008).

Writing for The Atlantic, Chris Good questioned whether sports belong in the political realm, then recalled the civil rights statements made by Jackie Robinson, Jesse Owens and Joe Lewis before coming to his own conclusion. "I'm inclined to say yes, they do," Good wrote. "In public life, if you believe something, sometimes you have to use your public profile to say something about it."