The highest court in the land ruled Monday that trademarks — offensive or otherwise — are private speech, and as such are protected under the First Amendment. While the ruling came in response to an unrelated case, SCOTUS has set the stage for the Washington Redskins – which had their pejorative trademark yanked back in 2014 – to have the rights over their racist name reinstated.

This is a real opportunity for the organization in Washington, as well as the NFL, to disperse the dark cloud of ignorance that has hung over FedEx Stadium since Washington ownership argued for, and eventually lost, the rights to its antiquated name.

What if Washington ownership and the NFL took the press generated around SCOTUS’ Monday ruling to announce a league-wide cultural awareness campaign, as well as a rebranding of the team in Washington?

For Washington to assert its willingness to re-invest in a name that is indefensible is itself an indefensible act. If you’re white, and you’d like to try arguing in favor of Washington’s current moniker, I invite you to go to one of this country’s many Native American Reservations and address residents there as “redskins.” I’d love to hear how you’re received in that community.

SCOTUS’ ruling is the perfect time for the NFL – for that matter, all sports at all levels – to take a good hard look at what passes for team spirit. I actually agree with the Supreme Court’s ruling, because I believe in free speech, but I also recognize the incredible responsibility that comes along with the first of this democracy’s rights.

If somewhere in you, you’re bothered by what I’m saying because you’re a Washington fan, then you to need to take a look at why you love the sport of football and why your enjoyment of the sport depends on a name that is blatantly racist.

In this instance, Washington has a chance to be the kind of leader that affects real change, but if they reapply for trademark rights, they’re dropping the ball.

What do you think, have offensive team names finally run their course? 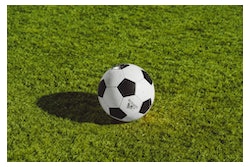 As the NCAA's interim guidance on name, image and likeness nears its one-year anniversary, colleges and universities are starting to debut a new position: Director of NIL Engagement.
June 14, 2022
Page 1 of 334
Next Page
Buyer's Guide
Information on more than 3,000 companies, sorted by category. Listings are updated daily.
Learn More
AB Show 2022 in Orlando
AB Show is a solution-focused event for athletics, fitness, recreation and military professionals.
Learn More