When Congress passed the Civil Rights Act of 1964, prohibiting discrimination in employment, it somehow failed to include education. At the time, only one-fourth of all college students were female, and the number of females in graduate, law or medical school was below 10 percent. To correct this oversight and address the longstanding discrimination of women, not only in higher education but elementary and secondary education, President Richard Nixon signed Title IX of the Educational Amendment Act into law on June 23, 1972.

For a half century, Title IX has provided that: “No person in the United States shall, based on sex, be excluded from participation in, be denied the benefits of, or be subjected to discrimination under any education program or activity receiving federal financial assistance” 20 U.S.C. §1681(a).

While the language in Title IX does not mention equity in athletics or sports, the United States Department of Health, Education and Welfare (now the U.S. Department of Education) in 1975 published a set of regulations extending Title IX’s protection to athletics, requiring recipients to provide equal athletic opportunity for members of both sexes. While these regulations and policy interpretations do not have the force of law, they are intended to provide the courts and others a more robust explanation of the law.

For instance, the 1975 regulations provide examples of factors that determine whether equal opportunities are available, including whether the selection of sports and levels of competition effectively accommodate the interests and abilities of members of both sexes.

Having received hundreds of complaints of discrimination and requests on how to provide equitable opportunities in athletics, the secretary of the Department of Health, Education and Welfare in 1979 issued a policy interpretation to provide additional guidance on what constitutes “equal opportunity” in intercollegiate athletics.

When looking at the proportionality test, many courts have drawn a bright line around 2 percent, despite the fact the Department of Education has never specified a magic number that would create a statistical safe harbor at 2 percent or any other percentage, and the 1996 letter emphasizes that there are no “strict numerical formulas or ‘cookie cutter’ answers.” The letter states that substantial proportionality depends on the institution’s specific circumstances and the size of its athletic program and is determined on a case-by-case basis. If a gap larger than 2 percent can be attributed to natural fluctuations in the student body, or if the number of lost opportunities is too small to support a new varsity team, an institution could successfully defend against claims of a Title IX violation.

A recent example of how the courts apply the three-prong test is Balow v. Michigan State University, 2022 U.S. App. LEXIS 2877.

On Oct. 22, 2020, Michigan State University announced it would no longer sponsor the men’s and women’s swimming and diving teams after the 2020-21 school year. Upset that their team was being eliminated, 11 members of the women’s swimming and diving team went to court seeking a preliminary injunction to prevent MSU from eliminating the women’s team. The women argued that MSU failed to provide women athletes with equal participation opportunities as required by Title IX’s three-prong test. The district court rejected the women’s request, ruling that they were not likely to succeed on the merits of their claim.

The women appealed the district court’s ruling to the Sixth Circuit Court. In vacating the district court’s ruling, the Sixth Circuit Court held that when determining whether participation opportunities are substantially proportionate to enrollment, the Office of Civil Rights’ analysis begins with a determination of the number of participation opportunities afforded to male and female athletes in the intercollegiate athletics program. The parties both agreed on the gender breakdown of the undergraduate student body as a whole: in the 2018-19 school year, 48.8 percent of undergraduate students were male and 51.2 percent were female, and in the 2019-20 school year, 49.1 percent were male and 50.9 percent were female. However, the parties disagreed about the number of male and female athletes at MSU.

The Sixth Circuit also rejected the district court’s conclusion that MSU met the substantial-proportionality threshold, since the gap was smaller than the average team size at MSU. The proper test, the Sixth Circuit held, was to compare the participation gap to the size of a viable team, not the size of the average team. The Sixth Circuit, citing the language of the 1996 clarification, found that opportunities are substantially proportionate when the number of opportunities that would be required to achieve proportionality would not be sufficient to sustain a viable team. As the court noted, the clear language of the guidance states that a viable team is not an average one, but is instead one “for which there is a sufficient number of interested and able students and enough available competition to sustain an intercollegiate team.”

As we celebrate 50 years of Title IX this month, what are the key points for school and athletics administrators to consider?

First, Title IX has become synonymous with an exponential increase in opportunities for female athletes in high school and college sports. According to the National Federation of State High School Associations, only 294,000 girls participated in high school sports in 1972. Today, the number tops 3.5 million. There were fewer than 30,000 women participating in college athletics in 1972. By 2021, more than 186,000 women were competing annually, according to the NCAA. These athletes not only inspire young girls to embrace their competitiveness and pursue their passions for and through sports, but empower them to handle personal obstacles and become leaders on and off the mat, court or field.

Second, while these participation increases should be celebrated, gender equity remains a problem and there is still much work to do in ridding schools of gender discrimination. As the Michigan State case illustrates, there are still too many Title IX disputes over participation numbers and opportunities. When schools cut women’s teams, which happened at several schools during the COVID-19 pandemic, team members have successfully challenged those cuts under Title IX. At the high school level, Title IX cases are less often about participation disparities and instead focus more on comparisons between boys and girls when it comes to the quality of facilities, equipment and practice time.

Third, while Title IX may have increased opportunities for girls and women to participate in athletics, it has had the opposite effect on female coaches and administrators. Today, there are fewer female coaches and administrators, which results in fewer role models to inspire female athletes to pursue careers in athletics after their playing days are over. While Title IX also covers employment discrimination, it is important to note that the key issue in such cases is the gender of the coach, not the athletes. If discrimination against a coach because of their gender is in question, Title IX applies.

Finally, it is important to keep societal evolutions in mind. In recent years, sexual orientation and gender identity have become increasingly visible and warrant attention. At both the high school and intercollegiate athletics levels, transgender participation in women’s sports has become a hot-button issue. While state officials and athletics administrators might wish to prevent transgender women from participating in athletics, they should be aware that discrimination against transgender students is discrimination based on sex — and is therefore a violation of Title IX.

Title IX has become synonymous with an exponential increase in opportunities for female athletes in high school and college sports. 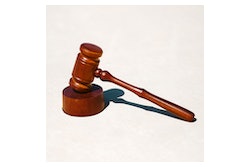 As the NCAA's interim guidance on name, image and likeness nears its one-year anniversary, colleges and universities are starting to debut a new position: Director of NIL Engagement.
June 14, 2022
Legal

According to a filing on from the district attorney, Peter J. Pavlovich, 40, of East Amherst pleaded guilty this week before an Erie County Court judge to one count of attempted grand larceny, which is a Class A misdemeanor.
June 14, 2022
Legal

A former Northern Colorado youth basketball coach has been sentenced to jail after admitting to assaulting a teen girl he coached.
June 13, 2022
Legal

The University of Wisconsin Athletic Board on Friday approved a change to its Student-Athlete Discipline Policy to close what athletic director Chris McIntosh said was a gap relating to drunken driving offenses.
June 13, 2022
Legal

An examination by The New York Times of records, including depositions and evidence for civil lawsuits as well as interviews of some of the women accusers, showed that NFL quarterback Deshaun Watson engaged in more questionable behavior than previously...
June 8, 2022
Legal

Biles Among 90 Nassar Victims Suing FBI for $1B

Olympic gold medalist Simone Biles and dozens of other women who say they were sexually assaulted by Larry Nassar are seeking more than $1 billion from the FBI for failing to stop the convicted sports doctor first alerted to his crimes.
June 8, 2022
Personnel

A former athletic director in Rhode Island has resigned from his current job amid an ongoing investigation and lawsuit related to the North Kingstown "fat test" scandal.
May 31, 2022
Page 1 of 333
Next Page
AB Show 2022 in Orlando
AB Show is a solution-focused event for athletics, fitness, recreation and military professionals.
Learn More
Buyer's Guide
Information on more than 3,000 companies, sorted by category. Listings are updated daily.
Learn More