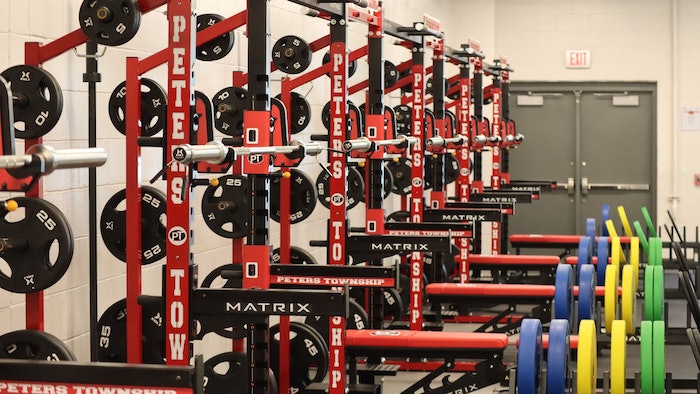 Brian Geyer does his homework.

When the former high school social studies and physical education teacher decided to transition from those positions — as well as his tennis and golf head coaching assignments — into full-time athletics administration, he took the path less traveled.

In achieving Certified Athletic Administrator status through the National Interscholastic Athletic Administrators Association, Geyer, the director of athletics for the Peters Township School District in McMurray, Pa., estimates he is in the vast minority — perhaps 10 percent — of prep ADs with CAA credentials, particularly in his region of the country. His district serves 4,500 middle and high school students, nearly a quarter of whom participate in sports — “a high rate” in Geyer’s eyes. That’s one reason the district tripled the size of its fitness and weight training areas when it moved into its new high school in January, and the athletic director’s due diligence again came into play when making decisions centered on spending a quarter of a million dollars to equip the 4,500-square-foot space. Athletic Business spoke to Geyer about his professional journey and the challenge of helping manage a construction project during the pandemic. 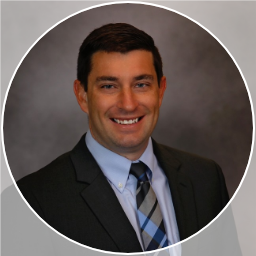 What motivated you to pursue CAA status?

What prompted the leap to athletics in the first place?

I was a coach of golf and tennis, and there was an opening that I was asked to try out for a year, basically, and see if I liked it. I’ve been doing this for 16 years now. I stayed at that school for five years, and I’ve been here 11.

You obviously liked it.

I like being behind the scenes. I obviously loved coaching, but in my role, I’m making sure that everybody has what they need in terms of teams and items and the management of it.

Do you miss coaching?

At times. I loved coaching, but I think I like even more what I do now.

How many sports do you oversee at the high school?

Why did you choose Matrix equipment for your new training areas?

We looked at different options, and Matrix was obviously the one that stuck out for us. They’ve done a great job for us in the past, and pricing-wise they came in very, very competitive. They just have a great product. 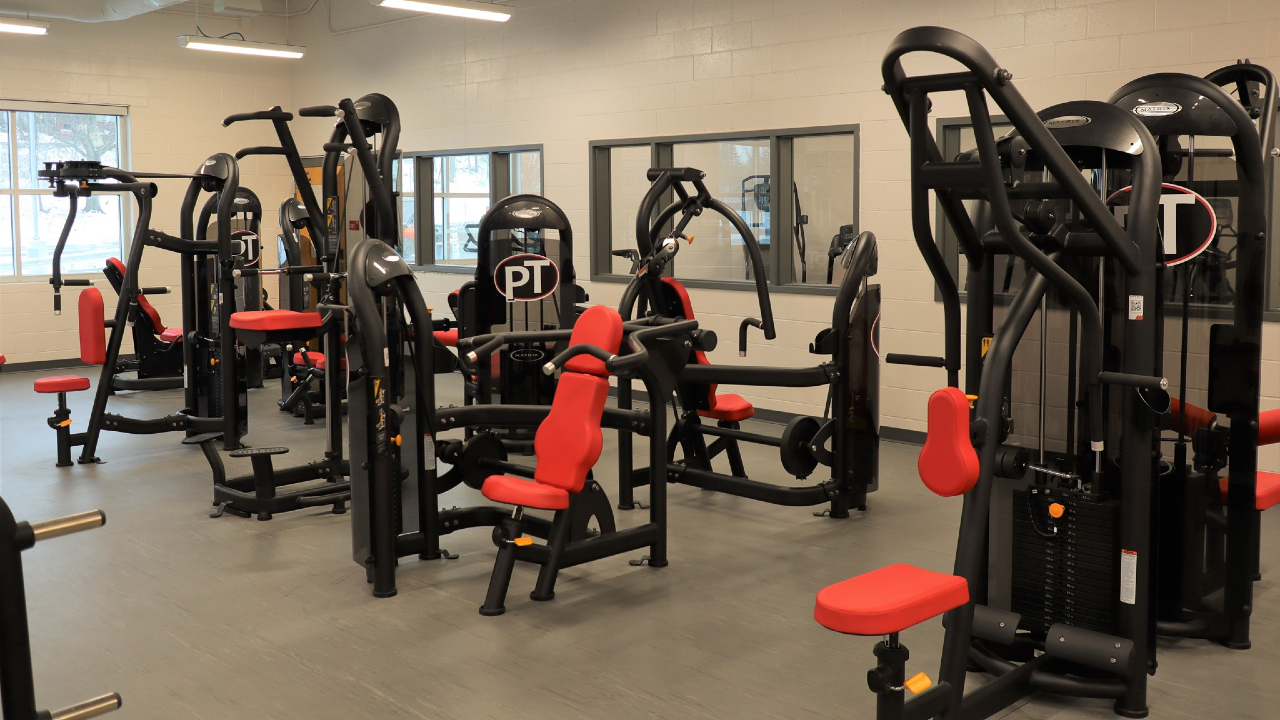 You had experience with Matrix before this latest round of purchases?

Nothing to this extent, but yes.

Did your previous fitness space have a mix of equipment brands?

Mostly Matrix. That property was from 2000, when they got all new stuff. Since I’ve been here, since 2011, we’ve tried to update a lot of that stuff to Matrix. But it was a smaller space. It didn’t fit all of our needs. So, we came up with a blank slate. We went to vendors and said, “Design a room for us that’s going to be good for phys ed and athletics,” and this is what our local Matrix dealer, Tom Webster at Wester’s Fitness Products Inc., came back with. We basically gave it to our architects, saying, “We need this much space. Here’s what we need it for.” Our administrators and board were behind us, because they knew we had good rationale for why we needed what we got. Tom and others gave us design ideas, and we liked Webster’s layout idea with Matrix product the best. It gave a better flow of the space. It allowed us to have Olympic lifting and then also machines for fitness — all under one roof.

What specific types of equipment did Matrix supply?

There are six platforms with half racks. Our cardio room has four treadmills, four bikes, ClimbMills, rowers, S-Drives, ellipticals. And then there are machines that you would see in every other gym in America, but I think it’s less intimidating stuff for phys ed kids. That’s why we liked it.

What makes it less intimidating?

It’s easier to use for somebody going into fitness for the first time. It’s more user-friendly for the novice athlete as opposed to somebody who’s seasoned, who should be on to Olympic lifting routines.

What was it like building a high school during a pandemic?

All the contracts were signed before the pandemic, and they kept it going. We were one week late and under budget as a school. We did okay considering how bad it could have been.

Given the unusual circumstances that have persisted even after you opened your doors, have you been able to assess how students are responding to the new space?

Oh, when our phys ed kids went in to do a tour when they got here in January, they loved the space. Our teams utilize this space — masked up, in limited numbers — and they really like it, too. It’s really user-friendly. 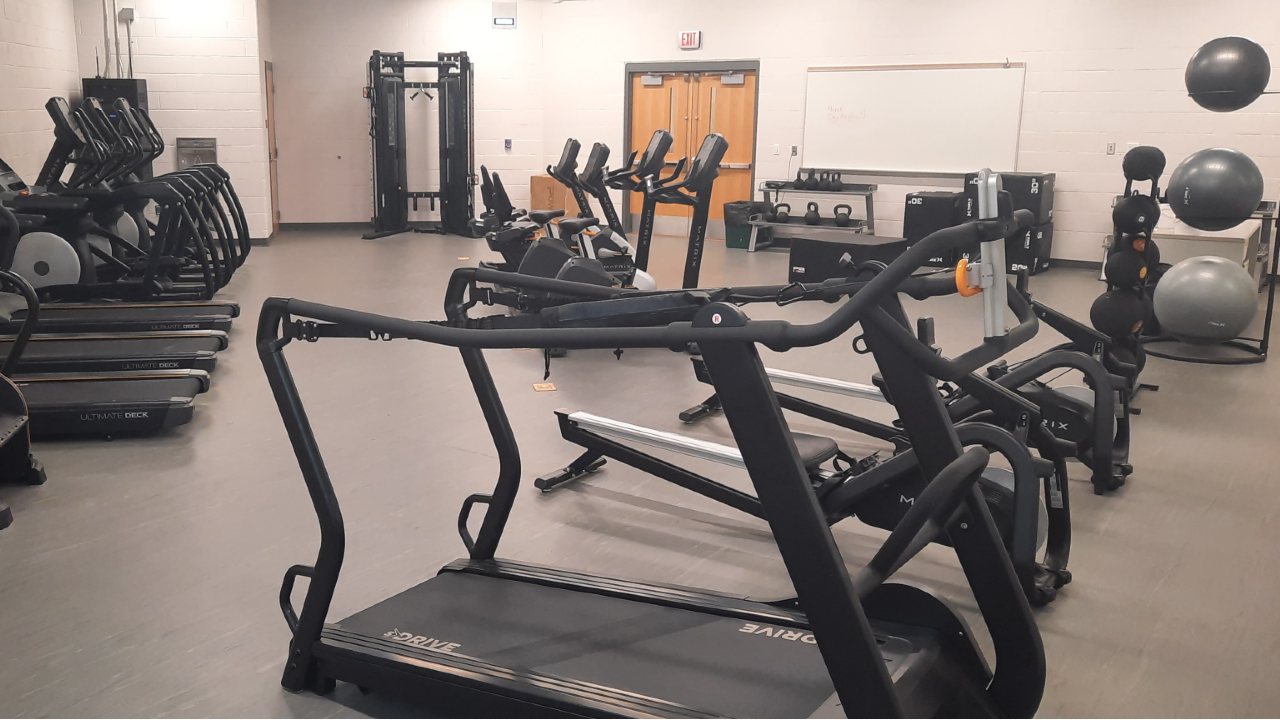 Have you had any peer schools ask to come take a peek?

We have. We’ve had two schools so far.

Would you recommend Matrix to other schools?

Absolutely. Matrix has good equipment, and the service from Tom Webster is amazing. If I need something, if something breaks or we need new equipment for whatever it may be — if our coaches want something that’s going to help them with training — Tom’s always able to get us whatever we need at a very competitive price, delivered on time. Even with the pandemic, we were getting the stuff. Webster’s and Matrix held costs to what they quoted us prior to the pandemic. They found some replacement dumbbells because one was — it wasn’t out of stock, but there were delays in getting the materials to make it, so we got replacement dumbbells that were actually an upgrade for us. They just did an excellent job making this room really catch people’s eyes and be very functional for our student-athletes.