Are High-Tech Football Helmets Any Safer?

Here at AB, we write a lot about concussions and player safety. We write about recovering from concussions. If it deals with concussions, it's always a popular topic with our readers.

With football season fast approaching, the topic of keeping players safe in our country's favorite — and admittedly most violent — game is back in the forefront.

Last September, we ran a cover story discussing how helmets were at the center of the battle to tame concussions. As the article says, "New technology is altering the way coaches, players and parents think about helmets and how they protect athletes' heads."

But is that new technology actually doing any good? New research would say no. 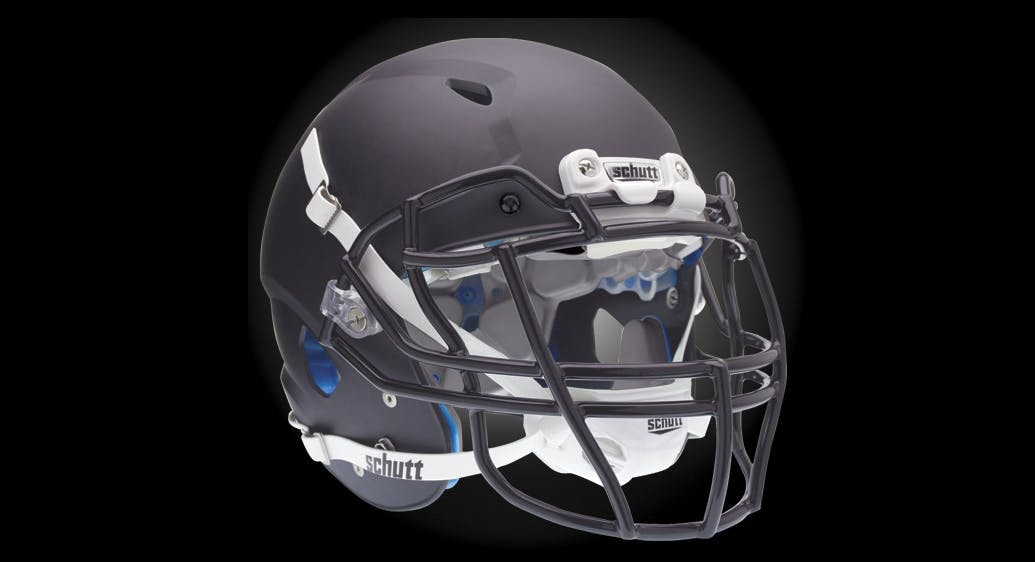 football helmet.pngHelmets like this one from Schutt Sports incorporate new technology that wasn't always available. But does it help prevent concussions?

This article published Thursday in the Charleston (S.C.) Post and Courier outlines some of the new technology helmet manufacturers have introduced:

On one company's website appears a claim that its helmet's shock absorbers provide an optimal response for both high and low energy hits, and the linear forces that can cause injuries.

In a statement released after being found liable by a Colorado jury for failing to warn players of the risks of concussions, another company still stressed that its helmet is " the most protective football headgear for the athlete."

Interestingly, a third manufacturer requires readers to agree to a concussion-risk disclaimer before they can even access its website.

Granted, none of those claims say the helmet will prevent or even reduce the chance of a concussion. As a noted helmet expert said in our cover story last year, "Helmets are not designed to prevent concussions."

And here's where the research comes in.

Dr. Timothy McGuine and other researchers at the University of Wisconsin collected data from 36 high schools in Wisconsin during the 2012 football season. Athletic trainers documented the brand, model and purchase year of each player's helmet. They also recorded types of mouthguards, the number of practices and games and the number of concussions that occurred.

So as your school gears up for another football season, it might be worth thinking twice about splurging for the latest and greatest headgear.

"Rather than parents spending an extra $100 or $200 on fancier helmets, they should spend an hour talking to their kids about the dangers of concussions," says the Post and Courier article author, Dr. David Geier, an orthopedic surgeon and sports medicine specialist.

Finally, he ends with a point that will hit home with our audience here at AB:

"Athletic directors and coaches could spend money on hiring athletic trainers rather than buying the new expensive helmets. No one is more familiar or better trained in concussion management than the certified athletic trainers that work with football players every day. They can recognize an injured player's signs and symptoms, make a diagnosis and facilitate evaluation by doctors."

With football season just a few weeks away, it's something to keep in mind.