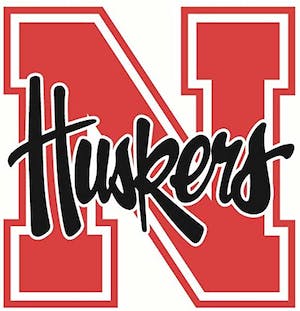 The University of Nebraska athletic department confirmed Monday that it has entered into a new media rights agreement with a third-party vendor JMI Sports after having handled media rights in-house the past year.

The finalized deal, which must be approved by the NU Board of Regents in April, would begin July 1. Terms of the agreement were not disclosed, but Lincoln Journal Star sources said it is a 12-year agreement worth up to $215 million overall, nearly $18 million per year.

“Nebraska Athletics moved our multimedia rights and radio network operation in-house last year, and the venture has been successful due to the hard work and dedication of our Huskers Athletics Partners and Huskers Radio Network teams," NU athletic director Trev Alberts said in statement to the Journal Star. "The decision to keep our multi-media rights in-house allowed for the opportunity to thoughtfully evaluate the advantages and disadvantages of an internal program while multimedia rights companies reset themselves for a post-pandemic marketplace.

"After thoughtful consideration and feedback, we believe the best model is for Husker Athletics to return its MMR rights to an industry expert. We are proposing to enter into a contract with JMI Sports LLC for a long-term MMR agreement, beginning on July 1, 2022. We have reviewed the proposed agreement with the Board of Regents’ Business and Finance Committee and the item will go before the full Board for consideration in April.

"We are confident this potential agreement would ensure Husker Athletics is positioned for success in a changing collegiate athletics landscape.”

“When you think of multimedia rights, of course it includes radio, but the simple way to think of it is sponsorship sales,” Jordan Bloem, a senior vice president for client strategy at Navigate Research, a firm that works with colleges in multimedia rights strategy, explained last year. “That’s signs in stadiums, that tent outside the stadium where they’re giving out keychains and doing brand activation, there’s all kinds of digital assets.”

Former athletic director Bill Moos decided to end NU's relationship with Learfield/IMG when the contract expired last summer in part because of the uncertainty surrounding COVID-19 and what department officials described as changes to the structure of what the company was offering, the Journal Star reported.

“Their stance was pretty consistent toward the end of March, early April, that the guarantee model that we enjoyed in the past was no longer available,” Nebraska senior deputy athletic director Garrett Klassy said then. “If it was available, it would have been available to us since we’ve consistently been a top-five property in the country when it comes to revenue.”

In recent evaluations, Alberts determined that NU risked leaving money on the table if it tried to keep its operation self-run instead of going back to the market to see what third-party vendors had to offer.

The new deal with JMI appears to be an even more lucrative setup than the school's last deal with Learfield/IMG, which came with a $12 million annual guarantee, according to the Journal Star.

When the department moved its operation in-house, it hired most of the people who had worked in Lincoln on the NU account for Learfield/IMG. It appears likely that some or much of the staff will essentially stay on the account after July 1, but move to JMI.

Part of NU's in-house efforts included a studio built in East Stadium and some programming changes on the Husker Radio Network. It was not immediately clear how those details will be impacted once the new deal goes into effect in July.