Asked by Lindsay Gibbs of ThinkProgress whether she ever plans to hire a male coach again, McGraw answered without hesitation. "No."

The exchange was part of a broader article on coaching and gender in college sports, but it was nonetheless posted Saturday under the title "Muffet McGraw is done hiring men."

McGraw, who has two NCAA titles and nearly 920 career wins to her credit, has not had a male assistant coach on her staff since 2012. The only man on her bench these days is a strength and conditioning director who also serves women's soccer. "People are hiring too many men," McGraw told Gibbs.

In fact, fewer women's sports teams are led by women today than during the 1970s, in the wake of Title IX's 1972 passage. Gibbs points to statistics that indicate 90 percent of the coaches of women’s college sports were women in 1972. Today, it's about 41.5 percent. The numbers are slightly better for women’s basketball, the most popular women's collegiate sport. Last year, 59.3 percent of women's college basketball teams were coached by women, down from 79.4 percent in 1977.

McGraw admitted that she liked the optics of having a man assisting her — with her clearly in charge — but in the seven years since going to an all-female coaching staff, Notre Dame has made four Final Four appearances, played in three national championship games, and won last year's national championship. Notre Dame meets Stanford tonight with another Final Four berth on the line.

By Sunday, McGraw's chief rival in the women's college basketball coaching ranks, Connecticut's Geno Auriemma, was made aware of the article's existence. Though he admitted that he hadn't read it, Auriemma weighed in on McGraw's comments before leading the Huskies to their 12th consecutive Final Four.

"I hope she sends a thank you to all those guys that used to be on her staff that got her all those good players that won a championship," Auriemma said 800 miles away at the Albany Regional, as reported by the Indianapolis Star. "I look at some of the top programs in America, and they seem to have pretty good coaches who happen to be men."

As Mike Berardino of the Star writes, "Muffet McGraw doesn’t backpedal. The Hall of Fame women's basketball coach at Notre Dame doesn't deal in regret very often. Blunt as a punch in the nose, she says what she means and means what she says."

"She can be that unapologetic and intentional because she wins," Nicole LaVoi, director of the Tucker Center for Research on Girls and Women in Sport, told Gibbs. "Muffet is a white, married, heterosexual, highly successful coach. So she can say those things, whereas I would argue not many other women could get away with that.

"She has a lot of privilege. And she's using it." 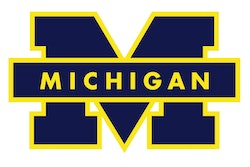 A school in Georgia said it was aware of a previous arrest on suspicion of violence by a coach before the school hired her. The head girls basketball...
January 20, 2023
Page 1 of 46
Next Page
Buyer's Guide
Information on more than 3,000 companies, sorted by category. Listings are updated daily.
Learn More
AB Show 2023 in Baltimore
AB Show is a solution-focused event for athletics, fitness, recreation and military professionals.
Learn More