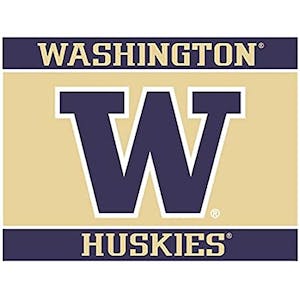 University of Washington head football coach Jimmy Lake says he was merely breaking up a potential altercation between one of his players and a rival from fourth-ranked Oregon, but others see it differently.

Lake appeared to smack the face mask of Husky freshman walk-on linebacker Ruperake Fuavai before shoving him in the back with both hands.

Lake's actions were enough to prompt an investigation by the Washington athletic department.

“We are aware of an interaction between Head Coach Jimmy Lake and a student-athlete during the first half of Saturday’s game,” said UW athletic director Jen Cohen in a postgame statement, as reported by The Seattle Times. “We have high expectations of the conduct of our coaches and we are working to gather more information on this matter.”

Following the emotionally charged game, which Oregon won, 26-16, UW and UO players needed to be separated at midfield by assistants and staffers.

Lake began the week apologizing to Oregon after slighting the Ducks when asked about UW’s chief recruiting rival.

“Our battles are really – the schools that we go against are way more … have academic prowess, like the University of Washington,” Lake had said earlier. “Notre Dame. Stanford. USC. We go with a lot of battles toe-to-toe all the way to the end with those schools. So, I think that’s made up in your world. In our world, we battle more academically prowess teams.”

Lake was reminded which team has won 15 of the past 17 matchups in this Border War and still remain in contention for a Pac-12 title and national championship.

“Proud of the way our guys came out and showed our prowess in handling inclement weather and continued to play hard throughout the entire game,” Oregon coach Mario Cristobal said after the Ducks' third win in row against the Huskies.

“It was very emotional,” Oregon senior quarterback Anthony Brown said, as reported by the Times. “Just being able to come up here and win, especially in the conditions that we did. I didn’t really get to see too much talk throughout the week because I don’t really have social media on my phone besides Instagram. So I don’t really get to see it and I don’t watch TV like that. The things that I hear are from though my teammates and we try to block out the noise as much as possible because it’s nothing something that we respond to. Today we made our play do the talking.”