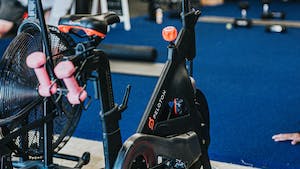 After continued missteps by Peloton over the past year, activist investor Blackwells Capital, which now owns around 5 percent of the company, has issued an open letter demanding that founder and CEO John Foley be fired.

"Mr. Foley must be held accountable for his repeated failures to effectively lead Peloton," Blackwells chief investment officer Jason Aintabi wrote in the letter, according to Yahoo Finance. Blackwells contends Peloton should put itself up for sale, highlighting Apple, Nike, Sony and Disney as potential suitors.

In its letter, Blackwells suggests the following grievances with Foley’s handling of the company:

The call for Foley’s firing comes after disastrous week for the company, which saw its share plummet 24 percent after CNBC released documents showing that Peloton was halting production of its bikes and treadmills on lower than anticipated demand.