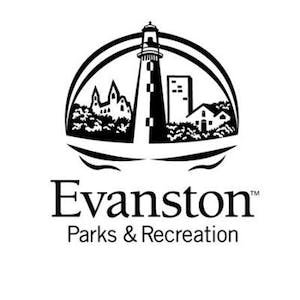 The director of Evanston (Ill.) Parks, Recreation and Community Services quit this week, a day before the City Council was due to discuss a recently completed outside investigation into the handling of allegations of sexual harassment and abuse.

Lawrence Hemingway, who held the position for six years, resigned Monday ,effective immediately, according to a message from interim city manager Kelley Gandurski to the City Council.

As reported by Patch.com, Hemingway becomes the latest city staffer to resign in the wake of a scandal over accusations of sexual misconduct toward girls and women working for the parks department as lifeguards.

The City Council commissioned an independent probe from the law firm Salvatore, Prescott, Porter & Porter after a report last July by public broadcasting station WBEZ in Chicago revealed a petition describing a culture of rampant sexism with dozens of detailed anonymous allegations had been circulated among current and former female lakefront employees and shared with city staff the previous summer.

That report has been completed and was provided to the Evanston City Council on Sunday — a day before Hemingway's resignation, Patch reported.

Hemingway was appointed director of parks, recreational and community services department in Evanston in 2016 after spending six years working in the Detroit suburbs. His total budgeted compensation was nearly $180,000 this year. Last August, he was appointed to a job as parks director in Oakland County, Mich., but withdrew from considerationahead of a background check and final approval from county commissioners, as more details of the lifeguard sex abuse scandal emerged and local media there covered past allegations against him, Patch reported.

His departure follows those of former Human Resources Division manager Jennifer Lin, former assistant parks director Karen Hawk and former recreation manager Ray Doerner. All three were among the five city staffers who met with the organizers of the petition in July 2020.

The "tipping point" for the 2020 petition drive was the return of a manager, in his 20s at the time, who received only a written warning and was allowed to return to work for the season after senior parks department staff were warned about his repeated advances toward young female employees in 2019, one of the petition's organizers told WBEZ.

As Patch reported in 2019, Hemingway faced a public accusation of sexual harassment from a former employee, who told Patch she was not the only woman that he harassed. Hemingway was issued a written reprimand in February 2019 after staff determined that he had made inappropriate sexual comments about her in the workplace.