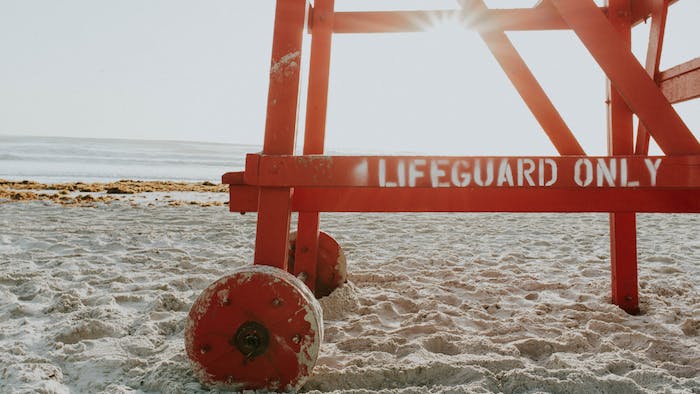 The City of Jacksonville Beach, Fla., is considering dissolving its volunteer lifeguard program to resolve a labor dispute, and the city is exploring the financial cost.

WJXT-TV reports that the Volunteer Life Saving Corps has recruited and trained the ocean rescue lifeguards who have patrolled Jacksonville Beach for 110 years.

Last year, a former lifeguard sued the city, which also triggered an investigation by the Department of Labor. Investigators discovered problems with the work and volunteer hours agreement between the city of Jacksonville Beach and the Life Saving Corps. As a result, the city of Jacksonville Beach said it can no longer allow the same lifeguards who are paid to also volunteer.

The news station reported that until now, ocean rescue lifeguards volunteered on Sundays and holidays. They were not paid. They’re paid the other days, Monday through Saturday.

”As a result of these findings the city made the operational decision to assume responsibility for staffing Sundays and holidays, and providing its own recruitment and candidate training,” Jacksonville Beach city manager Mike Staffopoulos told WJXT-TV in an email statement. “These three services had previously been provided by the VLSC (Volunteer Life Saving Corps). Through an initial meeting with the VLSC in December 2021, the city conveyed that it would be assuming these three activities going forward, and that a proposal for continued relationship with the VLSC would be considered, provided the proposal did not overlap with those three activities.”

This decision dissolves the Volunteer Life Saving Corps. The Corps hired an attorney who specializes in labor law and asked the city to give it some time to come up with another option, one that would not end a 110-year tradition.

Charles Bond, past president of the Volunteer Life Saving Corps board of Directors, described the Corps as a silent server of the community for more than a century.

A former president of the VLSC said the cost to pay for the lifeguard hours that were previously volunteer hours “will be a huge financial impact on the city, taxpayers and citizens.”

“Many don’t know we volunteer, and we volunteer on the busiest days of the year, holidays, Fourth of July, Memorial Day, Labor Day, the beaches are very, very packed,” Bond said. “We put 22 towers out on those days, which is almost twice what the city does during the week.”

Without the Corps supplying volunteers on Sundays and holidays, Staffopoulos said the city of Jacksonville Beach anticipates spending an additional $125,000 to staff those days.

The Corps said it can save this money and still continue its mission as a mentor to future civic leaders and volunteer leaders of our community, if the city will allow it to recruit a different group of lifeguards who will not work on the payroll, but will be trained and certified by the Corps and only work in the capacity as volunteers on Sundays and holidays.

The Corps has presented three proposals to the city, WJXT-TV reported. The first two were rejected. Staffopoulos said the third proposal, “is currently under review.”

Bond, a former lifeguard himself, said the VLSC has been a “positive force” in the community.

“It’s one of a kind in the world, we believe, and we hope it doesn’t have to go away because of some Department of Labor dispute we can’t resolve, which we feel we can,” Bond said.

WJXT-TV reported that as a result of the Department of Labor investigation, the city of Jacksonville Beach has already had to pay back wages to lifeguards from March 2019 forward.