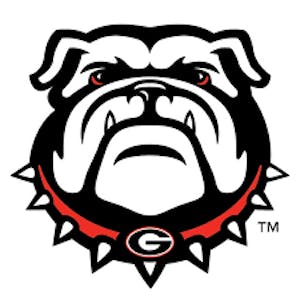 A scam artist posing as University of Georgia athletic director Josh Brooks asked an "important favor" of a graduate manager for the men's basketball team, ultimately costing the victim $2,600.

As reported by the Athens Banner-Herald, the fraud began on March 20 when the victim received an email that simply asked the victim to send his text number, according to the report released Thursday.

Four days later, the 25-year-old man received a text message in which the man purporting to be Brooks explains he is in a meeting and “needs him to do him an important favor.” The bogus Brooks wanted the staffer to purchase three $200 eBay gift cards and send him photos of the cards with the activation numbers revealed, according to the report. Once the victim purchased the cards at a local pharmacy, the scammer asked him to purchase more cards.

By this time, the victim became suspicious. After speaking with others in the athletic department, he realized he had been scammed, according to police.

The man made an effort to recoup his $600 loss and police said he contacted what he believed was eBay customer support. He eventually had a phone conversation with a man who said he had helped others in a similar situation. He was told by the second scammer that several transactions are necessary to process the recovery so the victim made three wire payments out of his banking account that totaled $2,000, according to the report.

Police said the victim has now frozen his banking account.

This is the second fraud reported this year where a scammer purported to be a person involved in athletics at UGA, the Banner-Herald reported.

In February, UGA police began investigating a fraud complaint when someone posing as a top member of The Georgia Bulldog Club at Butts-Mehre Heritage Hall was soliciting donations from supporters via email.

Police would not say how much money is involved in that fraud, nor if the two-month-long investigation has identified a suspect.

“Because the matter is under active investigation, we have no further comment at this time,” UGA spokesman Rod Guajardo told the Banner-Herald.