Justine Lindsay this week made history as the NFL's first openly transgender cheerleader, signing on with the Carolina Panthers' TopCats squad.

Lindsay made the announcement on Instagram, thanking her coach and TopCat supporters for the opportunity.

While Lindsay may not be the NFL's first transgender cheerleader — there are no records across the league — she is the first person to be open about it.

TopCats director Chandalae Lanouette said Lindsay wrote that she was transgender on her application to the team.

Justine Lindsay announced on Instagram she made the team, calling it a "dream come true." https://t.co/JJyeNwhDm8

“My goal is to create a team of individuals that are absolute fire on the field but are incredible human beings in the locker room, good friends, good people, and at the end of the day, you have to walk through the door first to get to that spot,” Lanouette told BuzzFeed.

Lindsay was relieved when her coach told her she could keep her bald head, and said she is happy to “inspire other young girls who may be insecure rocking their bald look.”

“Our research shows that LGBTQ youth report that seeing LGBTQ representation by celebrities and athletes made them feel good about being LGBTQ,” Ames said. “Especially in a place like the NFL, which occupies such a powerful position in our culture, the story of a transgender cheerleader can inspire so much more than victory. She can give young people watching a dream to hold on to and a future to hold out for.” 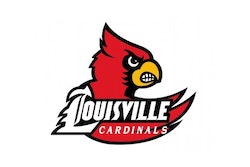 Allegations that University of California head women’s swimming coach Teri McKeever bullied dozens of swimmers over a decades-long period are clouded by gender bias in the standards female coaches are held to, according to her attorney.
June 27, 2022
Personnel

Ohio-based Skyhawk Sports Academy, which has locations across the state, announced this week that it will be implementing gender-inclusive training for its employees to foster diversity within its programs.
June 21, 2022
Governing Bodies

A Oklahoma state representative said he has received reports that officials at the University of Oklahoma forced student-athletes to participate in a 2020 “unity march” that allegedly included support for political organizations such Black Lives Matter.
June 10, 2022
Leadership

University of Michigan head football coach Jim Harbaugh has made good on his pledge that incentive bonuses he received for the football team’s 2021 success would be redirected to athletic department staff who had taken pandemic-related pay cuts.
June 9, 2022
Legal

An examination by The New York Times of records, including depositions and evidence for civil lawsuits as well as interviews of some of the women accusers, showed that NFL quarterback Deshaun Watson engaged in more questionable behavior than previously...
June 8, 2022
Personnel

Justine Lindsay this week made history as the NFL's first openly transgender cheerleader, signing on with the Carolina Panthers' TopCats squad.
June 7, 2022
Personnel

Facing threats from coaches and players not to return this fall, Madison (Wis.) West High School head football coach Art Bonomie is stepping down from his position.
June 7, 2022
Leadership

The latest data set from Athlete Viewpoint and Athletic Director U adds to the already dim picture of working conditions of NCAA Division I collegiate athletic administrators.
June 6, 2022
Personnel

A former athletic director in Rhode Island has resigned from his current job amid an ongoing investigation and lawsuit related to the North Kingstown "fat test" scandal.
May 31, 2022
Page 1 of 35
Next Page
Buyer's Guide
Information on more than 3,000 companies, sorted by category. Listings are updated daily.
Learn More
AB Show 2022 in Orlando
AB Show is a solution-focused event for athletics, fitness, recreation and military professionals.
Learn More