Boston Celtics head coach Ime Udoka has been suspended for the entire NBA season over an inappropriate relationship he had with a female staff member.

In an announcement posted to Twitter, the team said the suspension was for "violations of team policies," and that a decision on Udoka's future with the Celtics beyond this season will be made at a later date.

ESPN, The Athletic and the Boston Globe all reported the Udoka had a consensual relationship with a female member of the staff.

"I am sorry for putting the team in this difficult situation, and I accept the team's decision," Udoka said to ESPN in a statement in which he apologized to the players, fans, organization and his family.

Udoka was hired on as the teams head coach ahead of the 2021-22 NBA season and led the team to its first NBA Finals appearance since 2010. 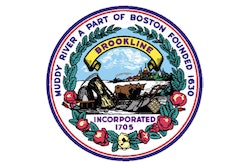 The Brookline (Mass.) Recreation Department is being forced to close some of its programs due to staff shortages.
September 13, 2022

The NCAA Board of Governors search committee has released a job description to guide it in the search for a new NCAA president. It was developed after a comprehensive listening phase that included months of stakeholder feedback led by search firm...
September 12, 2022

HS Nixes Most of Football Schedule After Blowout Losses

A Wisconsin high school football team has canceled most of its games after losing its first two contests by a combined 134-0.
August 31, 2022
Page 1 of 40
Next Page
AB Show 2022 in Orlando
AB Show is a solution-focused event for athletics, fitness, recreation and military professionals.
Learn More
Buyer's Guide
Information on more than 3,000 companies, sorted by category. Listings are updated daily.
Learn More