The Arizona Cardinals have fired offensive line coach and running game coordinator Sean Kugler, who groped a woman in Mexico City over the weekend during the team's visit to play the San Fransisco 49ers on Monday at Estadio Azteca.

Sources told ESPN that Mexican authorities were notified of the incident, which happened Sunday night, and then informed the Cardinals, who terminated Kugler and sent him back to Arizona on a flight Monday morning. The Cardinals, who lost Monday night's game, 38-10, had arrived in Mexico City on Saturday.

According to ESPN's report, Kugler is the second Cardinals assistant coach to be accused of assaulting a woman this year.

In May, former running backs coach James Saxon turned himself in to Indiana police after assaulting a woman in her Indianapolis home. He was sentenced in October to one year in jail, which was suspended, and given one year of probation.

Saxon kept his job with the Cardinals until his arrest became public Aug. 4, when he was put on administrative leave. He then resigned in October.

Kugler has coached at the high school, college and NFL levels since 1990, ESPN reported. He had joined Cardinals' coach Kliff Kingsbury's staff in 2019. 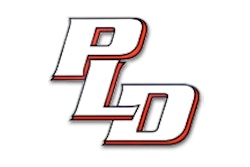