The National Women's Soccer League announced Tuesday that it has issued more corrective actions including firing some individuals and deeming others ineligible for employment with the league following misconduct investigations.

NWSL said the investigations have resulted in more corrective actions, which are separate from the league's joint team investigations announced earlier in January, CBS Sports reported.

An investigation into the Portland Thorns FC found that Thorns' trainer Pierre Soubrier had given codeine to players without a prescription, and it was found that former Spirit manager Kris Ward had been abusive and acted improperly.

According to the CBS Sports report, the league asked third-party attorneys in November 2022 to investigate several employees accused of multiple allegations during the Thorns' playoff run. Allegations of inappropriate and unwanted physical contact, player safety, and instances where controlled substances were administered to players without consent were investigated.

Player concerns were reported to the league regarding Thorns' assistant coach Sophie Clough in November 2022, when she allegedly made a player feel uncomfortable by kissing her neck at the team's championship celebration in Washington, D.C. Third-party investigators substantiated the claims of unwanted contact, and the actions were in violation of league policy, the league stated. However, claims of bullying behavior were not substantiated.

Concerns were raised about the behavior of former Spirit head coach Kris Ward regarding alleged verbal abuse and emotional misconduct during a training session. Investigators substantiated the claims against Ward, who was found to have engaged in overly aggressive behavior and harassment through negative racial stereotyping toward a player, which is in violation of league policy. Ward was let go by the club last year.

Soubrier, who has been with the team since 2019, is the husband of Thorns midfielder Crystal Dunn, Sports Illustrated reported.

The NWSL also suspended Clough without pay immediately through the end of the 2023 season. The Thorns fired her. Clough will be eligible for future employment in the league at the commissioner's discretion. She must participate in training related to discrimination, harassment,and bullying, demonstrate a clear commitment to correcting behavior, and acknowledge wrongdoing and accept personal responsibility for inappropriate conduct.

The Thorn's team physician, Dr. Breanne Brown, will be subject to increased oversight and regular reporting to the NWSL chief medical officer for three months. At the conclusion of that period, the officer will provide an assessment to the commissioner. Brown will also be required to review the American Medical Association Code of Ethics.

The Washington Spirit had already fired Ward during the 2022 season. Ward is also ineligible to work in the league in any capacity unless approved by the commissioner. In order to be eligible for future employment in the NWSL, Ward would have to participate in mandatory training related to discrimination, harassment, bullying and racial bias, demonstrate a sincere commitment to correcting his behavior and acknowledge wrongdoing and accept personal responsibility for inappropriate conduct, as reported by CBS Sports.

The league is officially in the second step (corrective actions) of its three-pronged approach to the NWSL ecosystem. The third step, systemic reform, goes hand-in-hand with step two.

During its first decade of existence, the league was established with few checks and balances, near-non-existent policies or appropriate channels for players to report misconduct in their playing environments. CBS Sports reported that many of those resources now exist, including a collective bargaining agreement that was ratified by the players ahead of the 2022 season.

The multiple corrective actions that the league has issued over the last month are the early product of those policies and procedures. 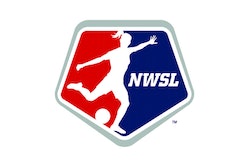 The University of California fired longtime women's swimming and diving coach Teri McKeever on Tuesday, following an eight-month investigation into allegations that she had bullied and harassed team members.
February 1, 2023

Siena College head women's basketball coach Jim Jabir has been reinstated after he stepped down back in December over an investigation into his conduct.
January 23, 2023
Page 1 of 46
Next Page
AB Show 2023 in Baltimore
AB Show is a solution-focused event for athletics, fitness, recreation and military professionals.
Learn More
Buyer's Guide
Information on more than 3,000 companies, sorted by category. Listings are updated daily.
Learn More