The rewards-program concept is maturing into something bigger than prize giveaways. 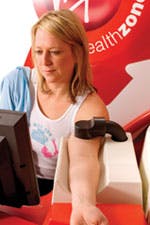 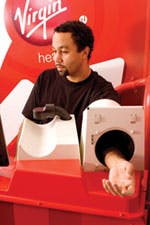 When fitRewards came on the health club scene in 2005 and hastily arranged for a paid endorsement from the International Health, Racquet & Sportsclub Association as the "official reward and loyalty program of IHRSA," its operators didn't have to worry about a competitor snatching the title. For in spite of the proliferation of rewards programs in various other industries - airline, hotel and credit card companies being the most prevalent - fitRewards was the first to offer a program that gives redeemable points to health club members for spending money at the club, referring new members or even just for showing up to work out.

Two years later, fitRewards services more than 200 health clubs - a fair number, perhaps, but barely 3 percent of IHRSA's 6,500 member clubs and an almost incalculable portion of all fitness centers in the United States. The slow uptake isn't all that mysterious; observers note in particular club owners' reservations about potential costs, along with a general resistance to anything new. That may be about to change, however, as a savvy newcomer to the field, Virgin Life Care, is in the process of rolling out HealthMiles, a rewards program that is showing great promise, especially in the area of corporate wellness.

Spectrum Athletic Clubs, a chain of 20 clubs in California and Texas with 150,000 members, has been pilot testing HealthMiles for the past year, and CEO Matthew Stevens finds the interest in the program mind-boggling.

"We've got close to 22,000 people on the program from 30 companies - we're averaging more than 60 percent participation," says Stevens. "Those are data points that just don't exist anywhere else today."

There are two assumptions about how the Frequent Flier model will fit the club industry - club members will be quick to cash in their points, and they'll become more fit in their rush for rewards - that have yet to be proven. One can imagine members using their points for a free personal training session or a massage (clubs often offer these in-house rewards in addition to products from major retailers), but Maria Parrella-Turco, fitRewards' executive director, says only about 30 percent opt for the club perks. And the rewards they're choosing? "Believe it or not, the most popular items are the poker chip set and the ice cream maker," she says with a laugh.

Club owners imagining their profit margin marching out the door with all those ice cream makers can take heart, however, by absorbing Parrella-Turco's most surprising statistic - clubs' redemption numbers have hovered between 10 and 20 percent of the total points awarded, a far cry from the 45 percent redeemed by participants in American Express Rewards, the country's largest and most established credit card program. It's possible that members are stockpiling their points for higher-priced swag, but more likely the numbers indicate that the one unknown program cost may not need to be feared.

It has been a bit of a hard sell, Parrella-Turco reports. "When I sit down with club owners in the program consultation and say, 'This is the percentage of redemptions you can expect,' they don't believe me," she says. Club owners who pay fitRewards a one-time setup fee of between $199 and $399 (depending on whether they select the standard platform or a custom-branded one) plus a similar monthly program-maintenance fee (based on the number of club members taking part in the program) are thus finding ways to limit their exposure to the program's 2-cents-per-point redemption fee. Expiring participants' points within a certain time frame is one such method; another is to cut down on the number of points given. "Our club owners are very frugal in how they award points; that's the mentality of the industry right now," she says.

The HealthMiles fee structure isn't yet set in stone, so a direct comparison with fitRewards is difficult. A fee paid to Virgin Life Care is meant to cover the cost of rewards, which are capped at $250 per year per program participant. After some debate, Spectrum also decided to charge members a $10 fee to participate in HealthMiles, further defraying the cost. (Even with the fee, participation figures are seen as strong, with 9,000 members inked in the program's first four months.)

What makes comparing the two programs even more difficult, however, is HealthMiles' larger objective. At the core is HealthMiles' data tracking and collection system, which targets not tangential actions such as referrals and club visits, but rather program participants' actual time and effort spent getting fit. Using a GoZone pedometer, participants count up their steps taken, distance run, duration of exercise or calories burned - information that is uploaded to their personal page on the HealthMiles web site. In addition, participants step up to the HealthZone kiosk - it's leased from Virgin by the health club or its corporate client - for monthly blood pressure, body fat percentage and weight measurements (a three-minute process), as well as twice-annual cholesterol and blood-sugar screenings.

It's the data, Stevens says, that makes the program - credible, accurate figures, updated nightly in an aggregate report, that will tell a club owner or corporate client exactly what percentage of program participants suffer from what medical maladies. It is the hope of Stevens - and Virgin Life Care's Larry Krieger, HealthMiles' originator - that this will suggest programming alternatives to deal with participants' specific medical issues and, in turn, lower firms' insurance premiums. They need only point to Spectrum's own 1,900 employees as proof: After six months on the HealthMiles program, Stevens reports that Spectrum saved a quarter of a million dollars on its insurance renewal.

"I've been in this industry since 1988, when I started selling corporate memberships in New York City, and I've never had a product that gives me this much information that can help the client," he says. It's information that has helped him, too. In addition to the many corporate accounts that have signed on with Spectrum since beta testing began, the chain scored a coup by landing Northside Independent School District as a customer (more than 60 percent of the San Antonio district's 13,000 employees have enrolled in HealthMiles), and Stevens says he's close to landing a municipal account that would add tens of thousands more enrollees.

"We have anecdotal evidence that HealthMiles is helping deter absenteeism and boost productivity at Northside, and the district is hoping to lower its health insurance premium, which is currently $50 million a year and rising 15 percent annually," Stevens says. "What it has done for our business is I'm now outside the walls of my clubs. I can send my teams out to do people's measurements, and these are touches I wasn't having in the past. People aren't thinking that we're trying to sell them memberships, we're executing a wellness product for them. It's a totally different world."

Although Spectrum views HealthMiles' club incarnation as a break-even proposition, the chain did invest a significant amount of money to make data collection as convenient as possible for members; each club now has six computers that members can use for free. For both rewards programs, the hardware and software is central to keeping members in active communication with the club, which presumably will boost member retention.

"The fact that people get something for their patronage is what makes them want to stay with the club," Parrella-Turco says. Many fitRewards clubs thus send e-mails to recent absentees offering more points for a return visit than they would normally get for their regular workouts, in addition to the congratulatory e-mails the clubs send whenever points are earned. "Clubs usually lose 30 percent of their membership per year," she says. "The e-mails are another motivational tool to keep people coming."

The fitRewards theory is that since points can only be redeemed by active club members, participants will be motivated to hold onto their memberships. HealthMiles has no such stipulation; in fact, Virgin's Krieger sees a benefit in allowing members who quit the club to remain in the program.

"I think retention is the Holy Grail. There used to be a joke around IHRSA that those of us who had been in the business long enough probably had as many ex-members as we did members," Krieger says. "If this can keep people an extra three months, that's a big deal. And if members quit, we might be able to let them keep their HealthMiles membership for a small fee, which will let the club keep a relationship with people who were going to turn their back on the club. It may create a small revenue stream, and it may make it easier to get those people back into the club as members down the line."