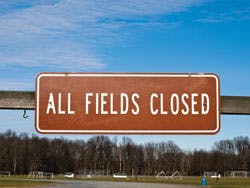 For providers of parks and recreation, it seems simply keeping facilities open has become an annual fight - the result of widespread municipal budget deficits. The cycle starts with a warning, usually based on an initial financial projection put forth by a budget committee or a mayor's office.

Just look at some of the headlines appearing in June, in what should be a peak time for recreation programming: "Hernando may close parks, gut programs, trim management to span budget shortfall" (St. Petersburg Times, June 24); "DeKalb wants to close two rec centers, pool" (Atlanta Journal-Constitution, June 13); "77 Parks in Detroit May Close" (The Detroit News, June 25). The list goes on.

That's the first step. Next, typically, these headlines elicit some public outcry; recreation heads remind municipal leaders of the value of their department's services; new revenue streams are created; agencies are streamlined; new partnerships are formed; some cuts are made. And, in most cases, parks and recreation facilities are spared, for at least another year.

But this pattern should not be taken for granted. As some municipal agencies are realizing, there are budget problems that may simply be too big to fix, and warnings of massive recreation cuts are being taken with ever-increasing seriousness.

A more extreme example is unfolding in Colorado Springs, Colo., a city with an economy driven primarily by the military, and which also has deep anti-tax roots. It is the only municipality in the state that adopted a local Taxpayers Bill of Rights (TABOR), a concept promoted by some fiscal conservative and libertarian groups that limits governments' ability to tax based on population and inflation numbers. Colorado voters adopted a statewide TABOR in 1992.

The city earlier this year faced a reported $38 million budget shortfall, its second consecutive large annual deficit. There were warnings of cuts to programs and services offered by virtually all the city's departments, recreation among them. City leaders proposed a dramatic increase in property taxes - which, according to Denver Post reports, remain relatively low compared to other Colorado cities - that would have restored $27.6 million to the city's $212 million general fund. Despite the warnings, voters said no.

Now, according to the Post, streetlights throughout the city are shut off, police no longer have the manpower to investigate property crimes, and the buses stop running at night. But recreation services seem to have taken the biggest hit: recreation centers and three city pools were closed, and city-run maintenance ceased at all but 15 of Colorado Springs' 149 parks.

Some of the cuts seem to go deeper than mere politics. "I came from Minnesota - from the overtaxed to the undertaxed," 43-year-old Gary Kulbitski told Post reporter Douglas Brown while playing with his children at a city wading pool salvaged by a nonprofit organization after the city stopped maintaining it. "I am a conservative, but I think shutting down parks is a mistake . . . I don't think people understood their kids wouldn't be able to go swimming."

The silver lining in Colorado Springs appears to be that many local nonprofit and neighborhood organizations, and even individual citizens, have stepped up to either help with maintenance of city parks and recreation facilities or adopt them. As examples, a church took over operations of a community center, an anonymous donor gave $37,000 to keep one park open and the United States Olympic Committee, which is headquartered in the city, donated $125,000 to pay for certain youth rec programs.

Some city leaders are worried, however, that without the local government's assistance, most residents remain without access to fundamental recreation services. "These medians and parks that are being adopted are in wealthy neighborhoods," city councilwoman Jan Martin told Brown. "We are seeing the creation of a community of haves and have-nots."

Those worries are not unique to Colorado Springs. In Ft. Worth, Texas, recreation officials fear that they may have to close the last remaining open city pool due to a lingering issue with the pool shell. The city has closed its other six pools over the past two years due to a shrinking recreation budget, leaving thousands of young swimmers to look elsewhere for summer activities.

"It's hot, it's Texas, and we want to go get wet," 14-year-old Devin Stubblefield told Ft. Worth's CBS affiliate as city officials considered closing the pool. "And if it closes, there's nothing to do."

So what happens when threats of closures become reality? Cities such as Ft. Worth and Colorado Springs may have to find out the hard way. As Colorado Springs spokeswoman Sue Skiffington-Blumberg told the Post, "There is no sustainable funding beyond this calendar year."