Lessons from Our Club’s Response to an Onsite Fatality 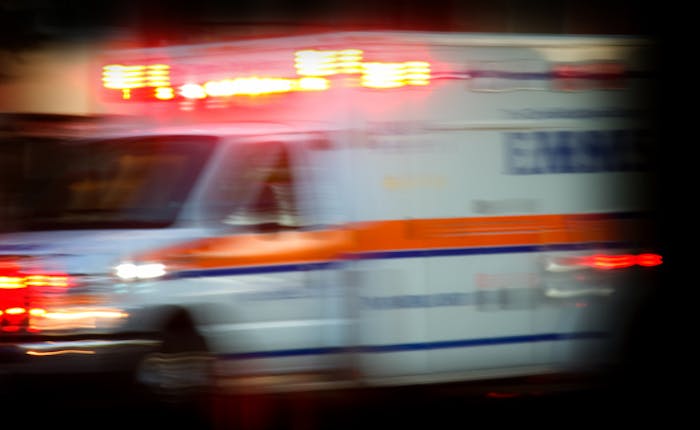 Nothing about owning a health club prepared AB's contributors for the experience of having a member die on their watch.

One of the things we enjoy about our column in Athletic Business is that we get to write about things that happen to us in real time — things that are on our minds, or things that are actually impacting our business. We never thought we'd be writing about this. You aren't thinking about it either. So, please, keep reading.

In May, one of our members was found floating in our pool. Our staff responded with appropriate measures, and an ambulance arrived shortly thereafter, but our member — we'll use his first name, Scott — could not be revived. He was pronounced dead at our local hospital a short time later.

We hope we have your attention.

It occurred to us how few details are ever shared within the health club industry about such events. Certainly, we hear about — and applaud — stories involving members who are successfully revived by health club staff. Happily, such stories have occurred more frequently in recent years with the widespread use of AEDs.

We don't hear much about events when members cannot be revived. Usually, we learn about those incidents in legal briefs, when a club is being sued for allegedly not responding correctly to a medical emergency. Once such an incident becomes part of the legal system, it starts to sound sort of clean, sort of organized. We read things about how "the defendant" did or did not respond appropriately, and how "the victim" was or was not revived. It all sounds so antiseptic.

Well, our reality is that it wasn't clean. It wasn't antiseptic. And it was overwhelmingly personal. It was Scott on the pool deck, and it was Paul, Matt and Rob trying to revive him. CPR is a messy process. There was water and vomit everywhere and on everyone, and the guys' stress levels could not have been higher.

If you can benefit from the details of this experience — should, God forbid, you have to go through something similar — then that's a good thing. Here, we'll describe what happened that day. Next month, we'll write about how we approached this from a business point of view. For example, the fact that our pool does not have a lifeguard and is "swim at your own risk" was something that we had to immediately address with the local media.

FIRST RESPONDERS
Scott was a longtime member who had just renewed his membership in early May. He was in his 60s, and a competitive marathoner and triathlete. He was known throughout our area for his patience and support for anyone who wanted to take up running. He had also started a dog-rescue group. He was liked, loved and respected throughout our community.

That morning, Scott checked into the facility at 9:30 a.m. A short time later, a member found him, seemingly unconscious, floating in the pool. She alerted our staff members, who responded immediately.

Paul, who has been with us for 19 years, and Matt, who had been with us for about 4 days, were first to respond. They performed exactly as they had been trained. They evaluated the situation and recognized that Scott was not responsive.

After instructing someone to call 911, Paul jumped into the water as Matt retrieved our backboard off the wall. They removed Scott from the water and, as Rob arrived with the CPR mask, they began partner CPR. Rob then began to prep the AED. Once the AED was ready, they applied its pads and followed its prompts.

They yielded to EMTs when the ambulance arrived, and Scott was taken to the hospital. Police were also quickly on site, as were local media. There was much to do — speaking with the police, creating incident reports, keeping the media at arm's length — long after Scott and the EMTs had left.

Matt and Paul could not have performed any more efficiently and professionally, and we could not have asked any more of them. They were, of course, quite shaken up. Matt, who came to us with a background in aquatics, later described how he had rehearsed this scenario in his head for years. His expertise and training were evident as he very much took the lead. In a poignant moment, however, he noted that in his mind, he was always successful. It never occurred to him that he might not revive the person he was trying to save.

BEYOND PREPARATION
In the hours following Scott's loss, there were a number of things for which nobody prepares you. After the police left the scene, confident that there was no trauma on the outside of Scott's body and that ours was not a crime scene, we decided to close the pool for the rest of the day. We did so out of respect, and for various practical reasons (the deck needed to be cleaned of bodily fluids along with the refuse left by paramedics). Our front desk staff had to fend off arguments from one self-absorbed member who didn't understand why he couldn't swim. He felt the incident was over, so what was the problem? Our front desk staff person responded perfectly, and it was not a customer-is-always-right kind of response.

The county coroner called to ask if we could retrieve Scott's belongings and return his car to his wife. Rob found his locker, cut off the lock, packed up his personal items and documented all of the contents. We then walked the parking lot, clicking Scott's keychain until we found his car. His shocked wife met us in their front yard and thanked us. Again, nobody prepares you for that in How to Run a Health Club School.

The next day brought a surprise — a pop inspection from the state Department of Health. That was more than a little annoying, but thankfully Rob was in the facility when this occurred. Were we really a private pool? How did we manage our chemicals? Did we have all of our paperwork in order? Was our signage correct in the pool building? The inspector was actually quite nice, and ultimately very complimentary of how we run our pool, but it felt a little like getting kicked when we were down.

THE AFTERMATH
We kept a close eye on Matt and Paul during the days that followed. Rob, too. Intellectually, they knew that the survival rates in unwitnessed cardiac arrests are very low. (As of this writing, the cause of Scott's death had not been determined.)

Had their efforts been successful, they would have been hailed in the local media as heroes. It was important for them to know that their efforts were no less heroic because they had not been successful. We made sure that they talked to other staff members, and not just us, because we didn't want them to tell us what they thought we wanted to hear.

They seemed okay and coming to grips with everything, but we were ready to arrange counseling for them. Local EMTs and police officers commiserated with them, expressing their understanding for what first responders go through. Nobody really understands it except those who have gone through it.

We certainly received an enormous amount of community support. Many people on social media expressed their thoughts and prayers both for Scott and for us and our staff. Also, as we'll discuss next month, many friends and members came to our defense over media reports that focused on how a man had died in a pool where there was no lifeguard.

What has sustained us through this is how much we did correctly — from making sure our staff is CPR-certified to practicing emergency responses during staff meetings to going over proper rescue techniques in the pool area. When this incident occurred, we called 911, used the backboard properly, initiated CPR and applied the AED — all according to plan. We did everything we could do. That makes the burden we're carrying a bit lighter, as our community lost a wonderful man.

THE FOLLOW-UP: How to Control the Story Following a Club Member Death

STEPS TO PREP FOR A MEDICAL EMERGENCY

1. Train your entire staff
Most states have a law requiring at least one CPR-certified person to be on staff at all times. Certify everyone.

3. Practice and rehearse
Step through "emergency scenarios" at staff meetings. Cover where AEDs and other rescue equipment are located, as well as the closest phone.

4. Review pool-specific issues
Train everyone on the use of a backboard, as well as issues relating to the use of an AED on wet victims and in wet surroundings.

5. Comply with local laws and regulations
Make sure safety signage is correct throughout your entire facility. Your state and municipality will have specific rules for pools.

This article originally appeared in the August 2014 issue of Athletic Business under the title, "Dealing with a Death."