Auburn football fans cost the university $250,000 this weekend, according to the Associated Press.

The school has grown accustomed to the offense, as Saturday was the third time the Southeastern Conference fined it for rushing the field after beating Alabama in football.

According to AL.com, SEC rules state that “access to competition areas shall be limited to participating student-athletes, coaches, officials, support personnel and properly-credentialed individuals at all times. For the safety of participants and spectators alike, at no time before, during or after a contest shall spectators be permitted to enter the competition area. It is the responsibility of each member institution to implement procedures to ensure compliance with this policy.”

Auburn has had a hard time complying when the Tigers beat Alabama. Saturday’s 48-45 home win over their rival sparked Auburn fans to rush the Jordan-Hare Stadium field in Auburn, Ala. The Tigers improved to 9-3 with the win, while likely knocking the Crimson Tide (10-2) out of the College Football Playoff for the first time since it was implemented prior to the 2014-2015 season.

The violations have added up since the SEC put the rule in place in 2004. Auburn was fined $50,000 for the first infraction, $100,000 for the second and $250,000 for the two most recent. Fines for these offenses are deposited into the SEC Post-Graduate Scholarship Fund. 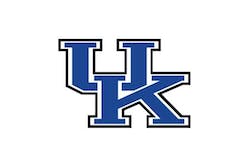