Former Nike Oregon Project track and field coach Albert Salazar has been permanently banned from the sport after an investigation by the U.S. Center for SafeSport.

SafeSport on Monday updated Salazar’s status from “temporarily ineligible” to “permanent ineligibility,” according to ESPN. As a result, Salazar can no longer coach U.S. track and field athletes.

Salazar was suspended back in February 2020 after former track star Mary Cain, who was coached by Salazar back in 2013 and 2015 as a teenager, publicly shamed her in front of her teammates over her weight.

As a result of Salazar’s treatment, Cain, who is now 24, suffered depression, stress fractures and suicidal ideation. Due to the weight loss, she also didn’t menstruate for three years, she said.

Salazar is also currently serving a four-year ban for doping violations. He trafficked testosterone, infused a prohibited amount of L-carnitine and tried to tamper with doping controls. 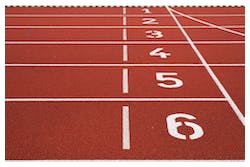