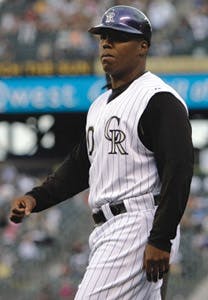 Witnesses say Mike Coolbaugh's hands had only begun to rise when a batted baseball struck him on the left side of his neck, causing the fatal rupture of an artery. That's how defenseless Coolbaugh stood in the first-base coach's box during the ninth inning of a July 22 Minor League Baseball game in North Little Rock, Ark. The Tulsa Drillers coach was fewer than 90 feet from the left-handed batter's box, from which Tino Sanchez pulled a pitch into foul territory at a tragic velocity.

To put Coolbaugh's helplessness in perspective, consider the case of Jane Costa, a fan who was hit in the face and seriously injured by a foul ball while seated 20 rows behind the home dugout at Boston's Fenway Park in 1998. Studies of that episode concluded that the ball took a mere 1.07 seconds to travel 141 feet into the stands. "There was no possibility that Ms. Costa could have reacted in time to avoid being struck by the foul ball," Northeastern University engineering professor Ron Mourant, who examined video and took on-field measurements, told The Boston Globe after a Massachusetts appellate court threw out Costa's lawsuit against the Red Sox in June 2004.

If Costa had no chance, where does that leave on-deck batters, base coaches and runners taking their leads from third base? In foul and potentially fatal territory. "You're almost a sitting duck," Detroit Tigers slugger Sean Casey told the Associated Press in July. 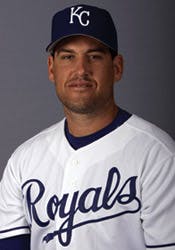 Dugouts, which sometimes sit as close as 40 feet to the nearest baseline (depending on the level of play), provide no guarantee of shelter for coaches and players, either. Rosenblatt Stadium in Omaha, Neb., the esteemed home of the College World Series, was retrofitted last year with protective dugout netting, and many professional ballparks feature the same. But the padded railings that support the netting often invite players to lean on them as they watch a game. That's what designated hitter John Hester was doing in the Class-A Visalia (Calif.) Oaks dugout June 6 when a hard-hit foul ball fractured Hester's skull behind his left ear, sent him toppling to the dugout floor and saddled him with splitting headaches for a month. Miraculously, Hester returned to the lineup in July, despite persistent ringing in his ears.

Some have taken protection into their own hands. Glenallen Hill, the first-base coach of the Colorado Rockies (Tulsa's parent club) had long thought about wearing a helmet while performing his on-field duties, but it took word of Coolbaugh's death for him to finally follow through. "It just makes sense," he said in AP reports. Other major-league coaches have donned caps with protective plastic liners, but just how protective is open to debate. Even the "dish" batting helmet worn in the first-base coach's box by Hill (and in the field by former big-league first basemen John Olerud and George Scott) would not have spared Coolbaugh. But even without earflaps, it's something.

Student-athletes acting as base coaches have no choice in the matter. NCAA and NFHS rules mandate that baseball and softball players must wear helmets when in the coach's box. It's a good thing, too. Even though both governing bodies adhere to baseball bat performance standards that cap ball exit speeds at 97 mph, that still means that a base coach stationed 90 feet down the line has roughly six-tenths of a second to react to a batted ball.

While it's doubtful MLB would ever mandate helmets for base coaches, the idea has at least one high-profile endorsement - that of New York Yankees manager Joe Torre, who told the AP, "Some of them won't even watch the hitter, because they're trying to help the runner. So I don't think that's a bad idea at all."