Responding in a timely manner before an incident escalates or has a significant impact on the safety and security of spectators is a key concern for all athletic facility managers. Common incidents at sporting events that require swift action include fights, medical and maintenance issues, and spectator complaints. During a typical major college football game, there can be as many as 200 incidents reported — anything from toilets overflowing to fan ejections. 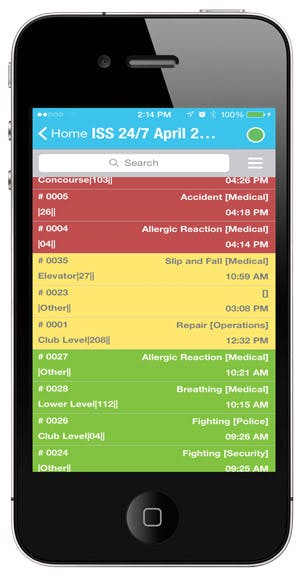 Currently, many venues and events lack the capability to track, communicate and manage incidents in real time, and are still relying on pen and paper or spreadsheets to record and track incidents without offering staff and guests a way to communicate to dispatchers or responders.

The problem of inadequate awareness, tracking, documentation and communication of incidents is a common challenge faced by facility and event managers in stadiums and arenas. One way to address this critical flaw in the security process is through the implementation of incident management systems. An IMS can accurately and digitally record, communicate, monitor and analyze incidents occurring at public assembly facilities. These systems also reduce a facility's overall exposure to liability, enhance the safety and security of guests, and better prepare a facility for a liability defense, when necessary. Such a platform not only quickly communicates incidents, but it can be easily accessed for future reference, analysis and liability defense.

Before IMS, there were no other web-based central repositories capable of capturing all incidents reported, whether by guests using texting systems, staff using radios or any other method of informing the dispatchers or responders of issues as they occur. While some of the major professional and collegiate teams and venues have adopted the technology, there remains a large void for many other facilities, due in part to a lack of knowledge about the value of incident management systems. 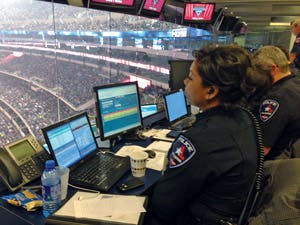 NO CAUSE FOR ALARM
An IMS utilizes real-time dispatch queues through which any number of users at any number of locations can be simultaneously creating, tracking and entering details of incidents, which updates all users' screens in real time. As incidents are being created and updated, the system offers the ability to automatically notify individuals or groups with specific details of what is occurring. Facility managers can schedule an alert to one or more people when a specific incident, trend or location is reported. Those being reported can be onsite or offsite.

Detailed and accurate digital records can then be stored for liability defense and ongoing analysis. Pictures, videos, statements and other important documentation can be attached as part of an incident record, and can be just as easily accessed three years from now as three days from now. By being able to generate detailed reports as to what, where and when incidents are occurring, facility operators can better anticipate what may occur in the future and have staff prepared accordingly. Other important features:

• Incident Type: Users have the ability to set up protocols to display by incident type in the dispatch queue so that operators know exactly what to do when those types of incidents occur. This eliminates having to refer to the three-ring binder to see how to handle certain situations. These dispatch interfaces also utilize color-coding systems in which each incident has a different color and is time-stamped for its respective disposition (i.e., created – red; dispatched – yellow; on scene – green; closed – gray). This allows users to see when incidents are sitting in a certain status for a lengthy period of time, giving them an indication that they should contact the person or department to which the incident was assigned and see if the incident is being handled.

• Visual Support: As an additional visual aid regarding certain departments that are assigned incidents and response times that may be critical (e.g., medical or security), incidents assigned to those departments can also be programmed to blink when sitting in the created or dispatched status after a pre-determined number of minutes. These visual safeguards ensure that no critical issue is being overlooked and is being responded to in a timely fashion.

• Resource Allocation: Another benefit with these systems is they provide facility managers with effective resource allocation. The number and details of incidents assigned to each person or operational unit can be quickly viewed to determine who may be quickest to respond.

"The IMS allows me to monitor the radio, phone, text for incidents that are coming in while being the decision-maker on major issues," says Amber Goodspeed, senior event manager at BBVA Compass Stadium. "It gives me the ability to monitor all behind-the-scenes activity during an event. Post-event, I use it to generate reports should an issue arise in the future or a guest bring litigation forward. In day-to-day, we also use IMS to hold subcontractors and departments accountable for incidents assigned to them, such as response time to calls, closing out incidents or if a work order is needed after the response to a call." 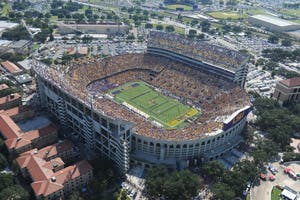 During a typical major college football game, there can be as many as 200 incidents reported — anything from toilets overflowing to fan ejections. - Click to enlarge

ON THE MOVE
Another valuable feature involves the use of mobile applications that can operate using Wi-Fi or cellular data plans. These applications close a serious communication deficiency in many venues. Quite often, staff members are not armed with radios or are not allowed to carry personal devices, leaving them no way to directly report issues to dispatchers or responders. In many cases, if staff members spot an issue, they have to leave their post and seek out a supervisor with a radio to first report an incident. Precious seconds and minutes can go by before appropriate personnel can respond. This opens the door to an unsupervised area and greatly increased risk. Speed and accuracy of communication is the key to efficiently handling these situations and preventing them from escalating.

These mobile applications can be put on most Android and iOS devices from which staff can now report issues within seconds using touchscreen and icon-based technology. Pictures and videos can even be sent from the application. In fact, these mobile apps allow for two-way communication, so once an issue is reported, the staff member can be messaged for more information as needed. Not only can there be communication to and from a single device, but all devices can be messaged if needed with the ability to send pictures and videos. For example, if the dispatcher is sent a picture of a suspicious person or missing child, he or she can immediately send that photo to every device in the facility.

Mobile applications for iPads also are available for detailed on-scene reporting when necessary. These effectively replace yellow note pads as the iPad application allows voice dictation of notes, and the ability to take pictures, videos, statements and even signatures. 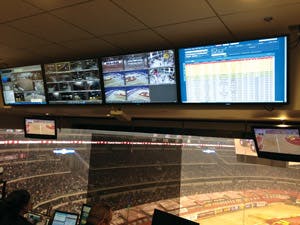 Another benefit of mobile applications is that these apps allow supervisors to timestamp response times from the device, which updates all users' screens in real time, resulting in more-accurate tracking of incident response times as responders no longer need to radio or call dispatchers who are entering the response for each incident. The responders can simply timestamp the new status themselves.

One final IMS benefit is the ability to generate one-click reports, which provide comprehensive statistics to assist managers in reviewing trends and response times to help increase operational efficiency and protect against future liability. The ability to quickly customize these reports to pull out very specific information arms him or her with a complete historical database to better prepare for future events by analyzing past incidents, which may lead to redeployment of staff at certain times during certain events.

Operators managing major athletic facilities are increasingly relying on an IMS to achieve the two universal goals of all venue managers — reduce risk and maximize the guest experience. "LSU has been using incident management systems since 2011, and in that time, we have expanded from one user to more than 20," says Julie Cribbs, associate director of game/event management for LSU athletics. "It is because of our success with the IMS module that we have been able to get our police, medical and facility staff onboard. IMS has been integral, not only in enhancing our guest experience, but also improving communications with all of the entities that must work together to make our events a success."

Scott Meyers is the vice president of sales and marketing for ISS 24/7, a leading provider of venue management software. ISS 24/7 IMS software was recently designated by the Department of Homeland Security as a QATT (Qualified Anti-Terrorism Technology). For more information, go to www.iss247.com. This article originally appeared in the August 2014 issue of Athletic Business titled, "Controlling Chaos."