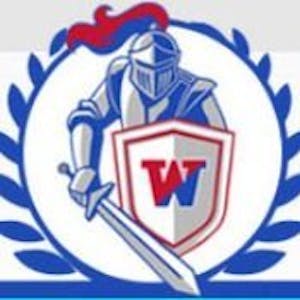 Wall High School in Wall Township, N.J., has canceled its upcoming semifinal football playoff game amid an investigation into hazing within the program.

“Because of this pending investigation, and after consultation with the board counsel, administration and the office of the Monmouth County Interim Executive County Superintendent, the football game scheduled for this Friday is canceled,” superintendent of schools Tracy Handerhan said in a memo.

Wall was scheduled to host Delsea in the semifinals of the South Jersey Group 3 playoffs on Friday night. Wall’s annual Thanksgiving game against Manasquan High School is also in jeopardy as the investigation continues.

According to USA Today, citing News 12 New Jersey reports, the Monmouth County Prosecutor’s Office is investigating Wall High School’s football program for hazing after allegations of upperclassmen on the team bullying underclassmen were reported to authorities. At least one video of the incident shows student-athletes threatening and assaulting another player, according to News 12.

NJ.com provided more details of the alleged incident, reporting that a video shows roughly six older players swarming and attempting to pin down a younger player in the locker room as pleas to stop echo in the background, according to two parents of students in the school district who observed a video clip of one of the incidents.

The alleged hazing involves junior players attacking sophomores, according to three parents, whose identities are being protected because they feared retribution against their family and children. The attacks occurred more than once this season, the parents claim, although they only observed one video clip, NJ.com reported.

“Upon becoming aware of the allegation, we immediately contacted the appropriate authorities,” the Wall Township School District said in a statement, as reported by USA Today. “There is a pending investigation and the school district is cooperating fully. We cannot comment further on a pending investigation of a student matter.”

WKXW in Trenton is reporting that one of the athletes under investigation for hazing has been accused of sexual assault in an unrelated incident.