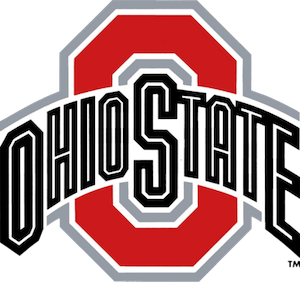 As reported by Sports Illustrated, Miller was set to miss all of spring practice after playing only two games in 2021 due to injury. He opened up about his journey toward improving his quality of life in a two-page letter posted on Twitter.

In the post, Miller describes a difficult conversation he had with Buckeyes head coach Ryan Day prior to the start of last season and what transpired in the weeks that followed. Miller’s first year in Columbus coincided with Day’s first as OSU’s full-time head coach in 2019.

“Prior to the season last year, I told Coach Day of my intention to kill myself. He immediately had me in touch with Dr. Candice and Dr. Norman, and I received the support I needed," Miller wrote. "After a few weeks, I tried my luck at football once again, with scars on my wrists and throat. Maybe the scars were hard to see with with my wrists taped up. Maybe it was hard to see the scars through the bright colors of the television. Maybe the scars were hard to hear through all the talk shows and interviews. They are are hard to see, and they are easy to hide, but they sure do hurt.”

Miller, a former five-star recruit, was a starter his sophomore year during the Buckeyes’ run to the 2020 CFP National Championship Game, SI reported. He started in OSU’s Big Ten championship win but he did not play in the CFP semifinal after testing positive for COVID-19, and came off the bench in the national championship game.

He explained that he was “planning on being reduced to my initials on a sticker on a back of a helmet” before acknowledging how easy it can be to dismiss those who are dealing with mental health issues, whether they’re a student-athlete or not, as reported by SI.

“I had seen people seek help before. I had seen the age-old adage of how our generation was softening by the second, but I can tell you my skin was tough. It had to be. But it was not tougher than the sharp metal of my box cutter. And I saw how easy it was for people to dismiss others by talking about how they were just a dumb, college kid who didn’t know anything. But luckily, I am a student in the College of Engineering, and I have a 4.0 and whatever accolades you might require, so maybe if somebody’s hurt can be taken seriously for once, it can be mine. And maybe I can vouch for all the other people who hurt but are not taken seriously because, for some reason, pain must have pre-requisites.

In the second page of his letter, Miller described his current state of mind amidst his ongoing journey before expressing his gratitude for Day and the opportunity to “help others in the program.”

He concluded his statement by sharing the number for the National Suicide Prevention Lifeline (1-800-273-8255) along with the message, “There is help, always.”