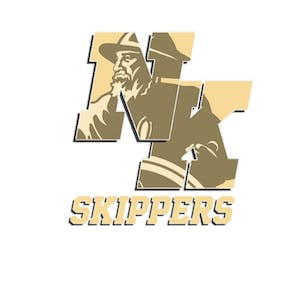 The North Kingstown School Department, a district in Rhode Island that has experienced controversy in recent months over a coach's "naked fat tests," is reorganizing its athletic department.

As reported by The Boston Globe, interim superintendent Michael Waterman made the announcement Tuesday in the wake of the former high school basketball coach being placed under investigation for “naked fat tests” of teen boys, and three school employees recently put on administrative leave for other allegations.

Waterman and athletic director Chris Cobain told the School Committee they will require additional training for coaches that will include protecting students from abuse; engaging effectively with parents; preventing bullying, hazing, and inappropriate behavior; and preventing sexual harassment.

Coaches will be required to use the school district’s email system to communicate with students and parents, Waterman said. The athletic department will also use an app for communications by fall.

“If you see a communication between a coach and your child, and it’s not through the app or email, I want you to ask your child and let us know about it,” Waterman said, as reported by the Globe. “I want to make sure we are doing the right thing, and that all are being accountable... and all [communications] are on the up and up.”

All of these ideas were intended as a response to “the situation we’re in,” as Cobain put it.

What began last year with accusations that longtime high school basketball coach Aaron Thomas had been conducting “naked fat tests” of student-athletes has led to more allegations against other school staff just in the last two weeks.

A Davisville Middle School teacher was put on leave on April 29, the day after Waterman received allegations that the teacher had stalked a preteen girl he had been coaching.

Lawyer Timothy Conlon, who is also representing former athletes who’d undergone the tests from Thomas, said the family had previously complained about the teacher’s fixation on the girl to other school officials, including then-superintendent Philip Auger and School Committee chairman Gregory Blasbalg.

Although the school department ultimately removed that teacher from his coaching job in North Kingstown — after the mother threatened to obtain a restraining order — he went on to coach in two other school districts in Rhode Island, and remained a teacher at Davisville until Waterman placed him on leave.

A few days later, Waterman received  more allegations about two other school employees, who he also placed on leave during an investigation. Waterman has not identified the employees or the nature of the complaints, but said he has asked lawyer Matthew Oliverio to conduct an independent investigation.

According to the Globe, Thomas remains under criminal investigation by the North Kingstown police and attorney general’s office, federal authorities are investigating a civil rights complaint by former athletes that school officials failed to stop Thomas, and retired Superior Court Judge Susan McGuirl is reviewing the investigations and speaking to witnesses for a review on behalf of the Town Council.

The ongoing investigations have spun the school district into turmoil, caused the abrupt retirement of Auger and assistant superintendent Denise Mancieri, and left more questions for those who remain.

Blasbalg said in a statement the superintendent and school committee are taking the allegations seriously during its “challenging time” but could not reveal more information until the investigations are completed.

“We must balance the need to make every facet of the investigation public against the rights of all individuals involved,” Blasbalg said, as reported by the Globe. “I ask that you respect the privacy of all students and staff as we complete the investigations.”