AB Staff
Feb 13, 2017
AthleticBusiness.com has partnered with LexisNexis to bring you this content.
Copyright 2017 The Buffalo News
All Rights Reserved
The Buffalo News (New York)

Anyone catching a Buffalo Bisons baseball game or other event at Coca-Cola Field this year will have to walk through a metal detector to enter the ballpark.

Metal detectors will be set up at each entrance, including all fan gates, as well as the entrance to Pettibones Grille and the center field pavilion, the Bisons announced Monday.

The new security measures, which take effect Opening Day on April 6, also include a no re-entry policy once a fan has entered the stadium. The new policy includes anybody who wishes to leave the park to smoke.

"We are extremely proud of our long-standing reputation of providing our fans with a safe and comfortable ballpark experience each and every time they come to Coca-Cola Field," said Mike Buczkowski, vice president and general manger of the Bisons, in a news release. "We are taking these steps to further ensure our guests can fully enjoy the fun and exciting atmosphere of Bisons baseball in 2017 and for many years to come."

No specific incident prompted the Bisons to add metal detectors this season, said Brad Bisbing, public relations director. He said the change followed an annual review of operations at the ballpark.

The Bisons will become the first team in the International League and among the first in all of Minor League Baseball to introduce walk-through metal detectors at their park, said Randy A. Mobley, league president.

Mobley said the league has ongoing discussions about security but there is no leaguewide initiative regarding metal detectors specifically. He noted the detectors are "not an insiginficant investment" being undertaken by team ownership.

Most gates at Coca-Cola Field will continue to open an hour before first pitch during the coming season, though that time is subject to change.

Fans will only have to take their phones and cameras out of their pockets before passing through the detectors. Some fans may be subject to being wanded by security personnel. Fans will still be able to bring in one plastic water bottle (20 oz., factory sealed), as well as a single portion, clear plastic sandwich bag per person and a small juice box per child.

Copyright © 2017 LexisNexis, a division of Reed Elsevier Inc. All Rights Reserved.
Terms and Conditions Privacy Policy
Sign Up for AB Today!
Join other industry professionals in the wood flooring industry to provide the latest news, information and insight delivered to your inbox twice a week.
Related Stories 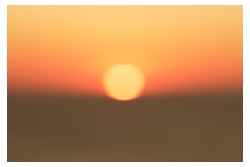