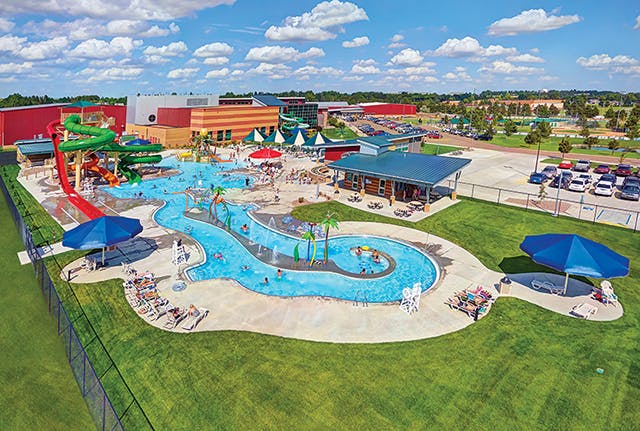 When the West River Community Center was designed and built in the early 2000s, it opened to rave reviews and an impressive number of members. Since then, the WRCC continued to serve an ever-increasing population within its walls to the point that usage of the facility exceeded capacity. Contributing to the overcrowding was the closure of the city's outdoor pools in 2010. In 2012, the city asked Ohlson Lavoie Collaborative to move forward with plans for a much-needed expansion of the community center, the ice rink and a new outdoor leisure pool.

With the new pool, the city wanted to offer visitors a true entertainment experience that would establish WRCC as the model recreational facility for North Dakota and beyond. The city also wanted to ensure that the aesthetic look of the expansion and pool blended seamlessly with the overall facility theme, which reflects the beauty and ruggedness of the Badlands, as well as the area's rich history as a hotbed of prehistoric discoveries.