The April 17th edition of The AB Extra, the inspiring, quirky or downright weird stories you may have missed this week. 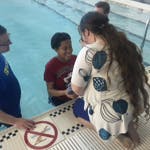 After having a spiritual epiphany, a University of Maryland student was baptized in the Eppley Recreational Services public pool on the school's campus.

Junior Mary Ayegbusi said, “One Wednesday, I was filled with the Holy Spirit. That just shook my core. I never experienced anything like that in my life. It was so powerful that I didn’t know how to handle it.”

Ayegbusi experienced this awakening during a service with Impact UMD, an on-campus apostolic ministry group, and without an official baptism pool on the campus, the group performs the sacrament at the pool.

According to Impact UMD Minister Rev. Jerrod Whittington, the pool water is not blessed, but it does not make a religious difference to those being baptized. 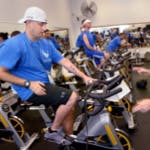 For the first time, the Air Force's Wounded Warriors Program had their camp at Eglin Air Force Base this past week.

There were about 40 active duty or retired airmen from across the country who took part in the camp, which is designed to help wounded, injured, or seriously ill servicemen and servicewomen to sports adapted to their needs.

Retired Staff Sgt. Daniel Crane is a mentor for the program and shared at the opening ceremony how he lost his hand while serving in Guam. Crane told the audience he lost a lot of hope when his hand was amputated but, “What’s helping to mend my broken heart is being able to help you guys."

30-year-old Chris Fugitt was a weapons apprentice with Eglin’s 96th Aircraft Maintenance Squadron when he suffered a stroke two years ago. According to his wife Megan, the program has been extremely beneficial for Chris. 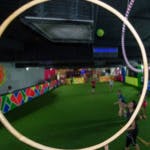 When the majority of China's manufacturing industry moved to the mainland, Hong Kong was left with a multitude of empty factories. Instead of sitting empty, some of these former warehouses have been turned into recreation buildings, hosting activities such as skiing, bubble soccer, and quidditch, the sport made popular by the Harry Potter series.

These venues allow patrons to have fun and work up a sweat no matter what the weather.

According to Jason Fung Chun-hei, one of the founders of Bubble Soccer Hong Kong, "A game of quidditch is played for just six minutes. It's enough to get people exhausted. After the games, they can chill out at the bar at the back."

Other sports offered at Bubble Soccer Hong Kong include archery tag, which draws inspiration from The Hunger Games, and includes players on two teams who have bows and arrows and must shoot all the opponents on the other team to win. Bubble soccer, the sport from which the venue gets its name, has all of the players get into inflatable bubbles before kick-off and involves trying to knock one another to the ground. If regular bubble soccer just isn't enough for you, a new feature to the game is that it can now be played in the dark in glowing inflatable bubbles.

Student-Athletes Lend a Hand to the Artists 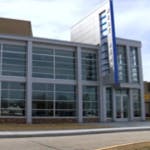 This year, arts students at West Bend High School outside of Milwaukee will have a newly renovated auditorium to use, and they can send a lot of thanks to student-athletes who have raised thousands of dollars to help fund the $3.1 million renovation.

In 2014, student-athlete Andrew Steiner started the group called Athletes for the Arts, which allows the school's student-athletes to help fundraise for the school's arts program. 90 percent of the funding for the remodel of the 45 year-old auditorium came from private sources. Athletes for the Arts was responsible for bringing in tens of thousands of the privately funded dollars.

Last year, Athletes for the Arts hosted a show featuring the Plain White T's that raised about $15,000. This year, they fundraised $16,000 from local businesses that will help pay for an upcoming show at the auditorium, which means that all of the money from ticket sales for the show will go directly to the theater fund.

The athletes are happy to help out and the arts students are very excited about the updated auditorium.

"The new auditorium is so amazing to play in," said junior violinist Alyssa Jay. ""The sound's great and just being an arts student, we're very grateful to play in there now." 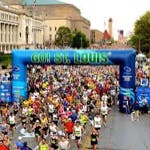 Kendall Schler improved on her third place finish from last year at the GO! St. Louis Marathon to be the first woman to cross the finish line this year. Additionally, her time in 2014 was fast enough to qualify her for the 2015 Boston Marathon.

However, after reviewing Schler's times and footage from the race, officials discovered that Schler had not actually run the entire GO! St. Louis Marathon either year. Instead, they believe she slipped onto the course close to the finish line to trick race officials into thinking she had run the whole race. According to officials, Schler did not register any times on the race route at various check points, and there were no photos of her anywhere on the course last year.

Due to these findings, Schler's times have been erased, her Boston spot was vacated, and she will no longer be allowed to run in the St. Louis organization's events.

Nancy Lieberman, president of GO! St. Louis commented on the situation. "“It’s a difficult situation for everybody, including the people who run a fair race and don’t get the recognition they should receive. I said to her, ‘It looks like you perpetrated a fraud.’ I have nothing legitimate that says she officially started and ran 26.2 miles in 2014 or 2015.”

Automated Treadmill in the Works 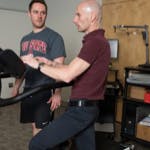 Scientists at The Ohio State University have developed a prototype treadmill that detects when a users' speed changes and then adjusts accordingly instead of the user manually changing the speed.

Professor Steven T. Devor and former grad student Cory Scheadler created this new treadmill, which uses an inexpensive sonar range finder that is aimed between the runner's shoulder blades. When the runner gets closer to the front of the treadmill's belt and further from the sonar, the treadmill speeds up. When the opposite happens, the treadmill slows down to account for the speed change.

Past prototypes of treadmills that automatically adjust have often been jerky and uncomfortable to use. However, reports on this new prototype say it's so smooth that users often don't notice a change in speed.

The idea behind the machine is to make treadmill running more like outdoor running, and therefore more enjoyable. 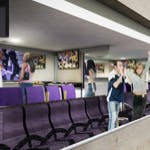 The Minnesota Vikings have agreed to add 15 mini-suites to their new stadium instead of three out of the four loge lounges that were in the original design of the new stadium.

The mini-suites, known as the Norseman Lounge Mini-Suites, are about half the size of traditional suites and are able to hold up to 10 people. The mini-suites will be available not only for Vikings games, but for any Minnesota Sports Facility Authority event throughout the year. The mini-suites also provide access to an exclusive lounge.

With the addition of these 15 units, the stadium will have a total of 131 suites. So far, commitments for 91 of the suites have been made.

The mini-suites will cost approximately $1.2 million to construct and are set to open for use in 2016. 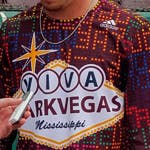 Mississippi State AD Scott Stricklen had some explaining to do after Adidas practice jerseys for the baseball team, which feature neon dots arranged to create phrases, contained the phrase "F--k The School Up North." This refers to Mississippi State rival Ole Miss.

Stickler issued an apology on Twitter about the rather attention-getting jerseys, part of which said, "This is completely unacceptable and does not reflect the standards and values of Mississippi State University or its athletic dept."

Adidas also released a statement saying the design of the jerseys was based on old artwork that was never presented to the university. They went on to say, "This graphic does not reflect our brand values nor those of Mississippi State."

(3/3) … For anyone who was offended by this shirt, as I was, please accept our apologies and rest assured that this has been rectified.

Catch up on the AB Extra from previous weeks:
April 10
April 3
March 27