Cracks in the concrete of the $70 million McKinney (Texas) Independent School District’s new football stadium are not a safety hazard according to the second of three forensic engineering reports.

The Dallas-Fort Worth NBC affiliate received a copy of the report, which concluded that, "The cracking at the visitor concourse does not presently compromise the strength of the slabs or otherwise pose a life safety concern."

The report, which was conducted by Nelson Forensics, goes on to note that the cracks are still a problem, as they will allow water to corrode the structure’s reinforcing steel.

Nelson’s analysis found that the stadium’s slab suffered from excessive shrinkage during the drying process, which the firm believes was as a result of an improper water ratio in the mixing of the concrete.

On Monday, McKinney ISD said it is waiting for confirmation from its engineers on whether the stadium can be opened in time for football season.

A McKinney spokesman told NBC that tax payers would not be on the hook for any repairs that need to be made to the stadium. "Both Stantec Architecture and Manhattan Construction have agreed to cover all expenses associated with necessary repairs at the stadium. The extent of the repairs and total cost is still being determined. We do not know at this time how much financial responsibility will fall on each party," the spokesman said in an emailed statement. 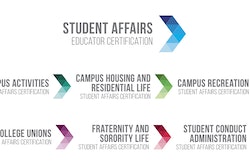 Friend of Ja Morant Banned from FedExForum Over Laser Pointing

The NBA has confirmed that unnamed individuals have been banned from the FedExForum in Memphis for one year following an incident during the Grizzlies' Jan. 29 game against Indiana.
February 7, 2023

Lebanon High School has allocated a portion of $5 million to replace the bleachers and turf at the school's James VeDeGrift stadium.
February 6, 2023

In this week’s athletics project highlights, peruse a college football center at Florida State, a city-and-university-created sports complex in Iowa, a Navy lacrosse center in Maryland and a prep school’s indoor athletic facility in Oklahom..
February 3, 2023

Braemar Arena in Edina, Minn., has an open call for anyone who wants to learn to drive a Zamboni, as the facility contends with the same labor shortage other sports venues are experiencing.
February 2, 2023

The Baltimore Orioles have declined a five-year lease extension at the historic Camden Yards.
February 2, 2023

Earlier this month, AB Today reported on the closing of park-based pickleball courts due to noise complaints among neighbors. Now comes word that a country club's plans to construct courts is being challenged for the same reasons.
January 30, 2023

A grass fire broke out at Arrowhead Stadium Sunday night after the Chiefs beat the Bengals in the AFC Championship game.
January 30, 2023

Officials in Vancouver, Wash., are considering their next moves as they noted at a recent county council meeting that a project to improve the community's sports complex has had its costs nearly double...
January 27, 2023

A prank involving a seemingly clueless food-delivery guy wandering onto the court during a college basketball game, captured in a video clip that made the Internet rounds this week, has prompted Duquesne University to take security as seriously as ever.
January 27, 2023
Page 1 of 520
Next Page
Buyer's Guide
Information on more than 3,000 companies, sorted by category. Listings are updated daily.
Learn More
AB Show 2023 in Baltimore
AB Show is a solution-focused event for athletics, fitness, recreation and military professionals.
Learn More