Look for this Sports Law article in the August issue of Athletic Business. Sign up for E-News to receive a special preview of Sports Law delivered to your inbox each month.

While it is understandable and even commendable that school administrators would want to improve school security, it is important that they remain ever mindful of the expectations of privacy guaranteed students under the United States Constitution. A good example of the balancing test the courts use in cases where such constitutional rights are in question is Brannum v. Overton County School Board [516 F.3d 489 (6th Cir. 2008)].

In 2002, the Overton County (Tenn.) School Board approved a plan to install video surveillance equipment throughout Livingston Middle School (LMS). The school board ordered the director of schools, William Needham, to oversee the project. Needham, in turn, assigned the job to LMS principal Melinda Beaty, who delegated the job to assistant principal Robert Jolley.

In July 2002, Jolley had cameras installed throughout the school in areas facing exterior doors, in hallways leading to exterior doors, and in the boys' and girls' locker rooms. The images captured by the cameras were transmitted to a computer in Jolley's office, and displayed and stored on the computer's hard drive. In September 2002, Jolley discovered that the locker room cameras were videotaping areas in which students routinely dressed for athletic activities and immediately notified Beaty of the situation. No action, however, was taken to remove the cameras until January 2003.

When the videotaping was discovered, a group of parents filed suit under 42 U.S.C. Â§ 1983 against the school board, Needham, Beaty and Jolley. In their suit, the parents alleged that school officials violated the students' constitutional right to privacy by installing and operating video surveillance equipment in the boys' and girls' locker rooms and by viewing and retaining the recorded images.

School officials moved for summary judgment on the grounds of qualified immunity, under which public officials are entitled to be dismissed from a lawsuit if they can show that they did not violate any federal statutory or constitutional rights that were "clearly established" at the time of the alleged misconduct. The public policy behind qualified immunity is that if government officials were not sometimes given a pass for violating a citizen's constitutional rights, officials would be undesirably inhibited in exercising their duties for fear of personal liability if they made a mistake that injured someone.

In determining whether school officials were entitled to qualified immunity, the Sixth Circuit Court started by reviewing whether the students' Fourth Amendment guarantee against unreasonable searches encompassed the right not to be videotaped while dressing and undressing in school locker rooms. In ruling that such a right was protected, the court held that a search is justified only when there are reasonable grounds for suspecting that it will garner evidence that a student has violated or is violating the law or school rules, or is in imminent danger of injury on school premises.

Since the stated purpose of setting up video surveillance equipment throughout LMS was for the sake of improving security, the court ruled that the installation of cameras throughout the school in areas facing exterior doors and in hallways leading to exterior doors was appropriate.

As for whether videotaping in the locker rooms was permissible, the court held that the measures adopted must be reasonably related to the objectives of the search. The court thus had to balance the scope and manner in which the search was conducted in light of the students' reasonable expectations of privacy, the nature of the intrusion and the severity of school officials' need in enacting such policies - including, in particular, any history of injurious behavior that could reasonably suggest the need for the challenged intrusion.

Applying this balancing test, the court ruled that even though students have a diminished overall expectation of privacy, this does not mean that a student's expectation of privacy is nonexistent. The students using the LMS locker rooms, the court ruled, retained a significant privacy interest in their unclothed bodies and could reasonably expect that no one would videotape them without their knowledge while they changed their clothes for an athletic activity. As for the nature of the intrusion, the court ruled that video surveillance, and the recording and storing of those images, was inherently intrusive.

As for the governmental interest - concern that school safety measures should be enhanced, and whether, given that concern, the intrusion was reasonable - the court ruled that the installation and operation of the cameras in locker rooms was unreasonable. The cameras, the court ruled, did nothing to promote the claimed policy goal of ensuring improved school security, especially when there was no history of any security threat in the locker rooms.

Having determined that the students' constitutional rights were violated, the court next examined whether the students' rights were clearly established at the time the cameras were installed. In ruling that they were, the court held that some personal liberties are so fundamental to human dignity as to need no specific constitutional explication in order to ensure their protection against government invasion. Surreptitiously videotaping students in various states of undress, the court held, is plainly one such right. A person of ordinary common sense, the court found, to say nothing of professional school administrators, would know without need for specific instruction from a federal court that teenagers have an inherent personal dignity, a sense of decency and self-respect, and a sensitivity about their bodily privacy that are at the core of their personal liberty.

As a result of the Sixth Circuit Court's decision that the plaintiffs adequately alleged a Fourth Amendment violation of the students' constitutional right to privacy, those school officials directly involved in the decision to install cameras and responsible for determining their locations (Beaty and Jolley) were found not to be entitled to qualified immunity. Since there was no indication that members of the school board or the director of schools were aware of the locker room videotaping, the court found that they were immune from damages.

With all the concern these days over student safety, the court's decision in Brannum is important because it clearly reaffirms that even though students may have a diminished expectation of privacy when they walk through the school doors, they still have some expectations of privacy. It is therefore essential that school administrators carefully think about whether the intended purpose of any new or existing program or policy that intrudes on a student's privacy expectation is justifiable. If it is, school administrators must also ask themselves whether the intrusion is reasonably related in scope to the circumstances that justified the search. If the answer to either question is no, the qualified immunity statute will not protect school administrators from legal liability.

Attorney John T. Wolohan (jwolohan@ithaca.edu) is a professor of sports law and chair of the Sport Management & Media department at Ithaca College, where Xinxian Zou (of Beijing Sport University) is a visiting professor of sport management.
Sign Up for AB Today!
Get industry news, insights, and new product information delivered straight to your inbox.
Read Next 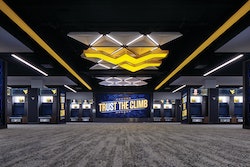 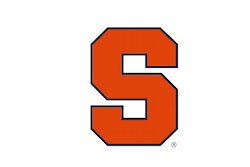