When the University of Texas announced the details of its $10 million football facilities, the stars of the show were the lockers. Estimated at $10,500 apiece (later revised to $8,700), the lockers will be unlike any others in college football, featuring at least six different patent-pending technologies, according to head coach Tom Herman. "We needed something modern, something sleek, something that conveyed the message that we're the University of Texas and we're going to give our kids and student-athletes the best in the country," Herman said in an interview. 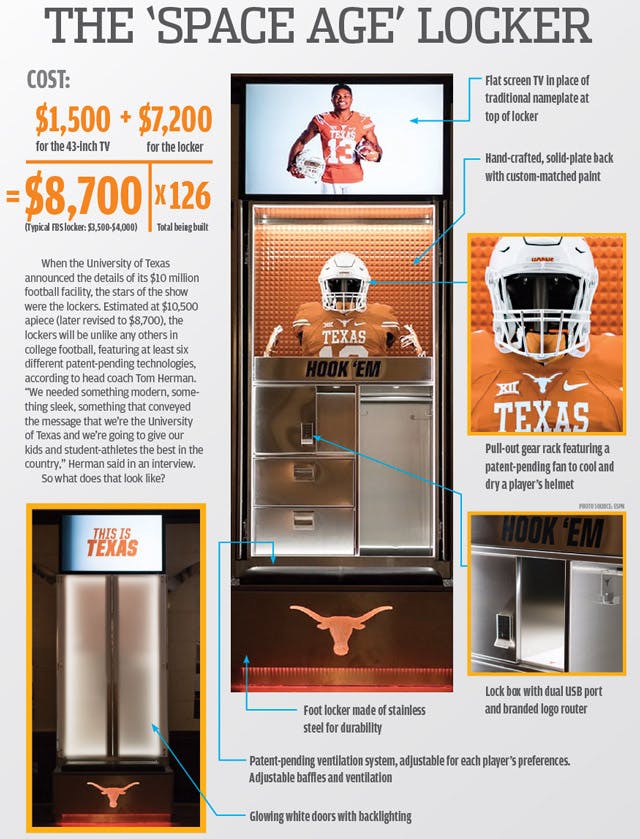 This article originally appeared in the July | August 2017 issue of Athletic Business with the title "The ‘space age’ locker" Athletic Business is a free magazine for professionals in the athletic, fitness and recreation industry. Click here to subscribe.