University of Southern California Athletics will dedicate its new Colich Track and Field Center with a ceremony Friday on the northwest corner of Loker Stadium.

Construction on the center -- the new home of the Trojans 2021 women's NCAA champions and the 26-time men's champion programs -- began in April 2020.

The new building replaces the equipment storage building with a newly constructed building that will house a team meeting room, a Hall of Fame, academic study rooms, coaches offices and locker rooms and a track viewing balcony.

The first phase of construction was completed in 2019 with the unveiling of the new state-of-the-art locker rooms and student-athlete lounges, aided in part by the contributions of Parker Kennedy. — University of Southern California, USC Athletics

The Colich Track and Field Center at Loker Stadium officially opens today with a ribbon-cutting ceremony attended by luminaries from the world of athletics.

Construction of the 30,000-square-foot Peterson Performance Center at the University of New Haven began in early August and is expected to complete in the fall of 2022.

The goal is for Chargers athletics to move into the building next fall. Strength and conditioning along with sports medicine are projected to be the first into the building, prior to the arrival of fall athletes next year. — Charger Bulletin 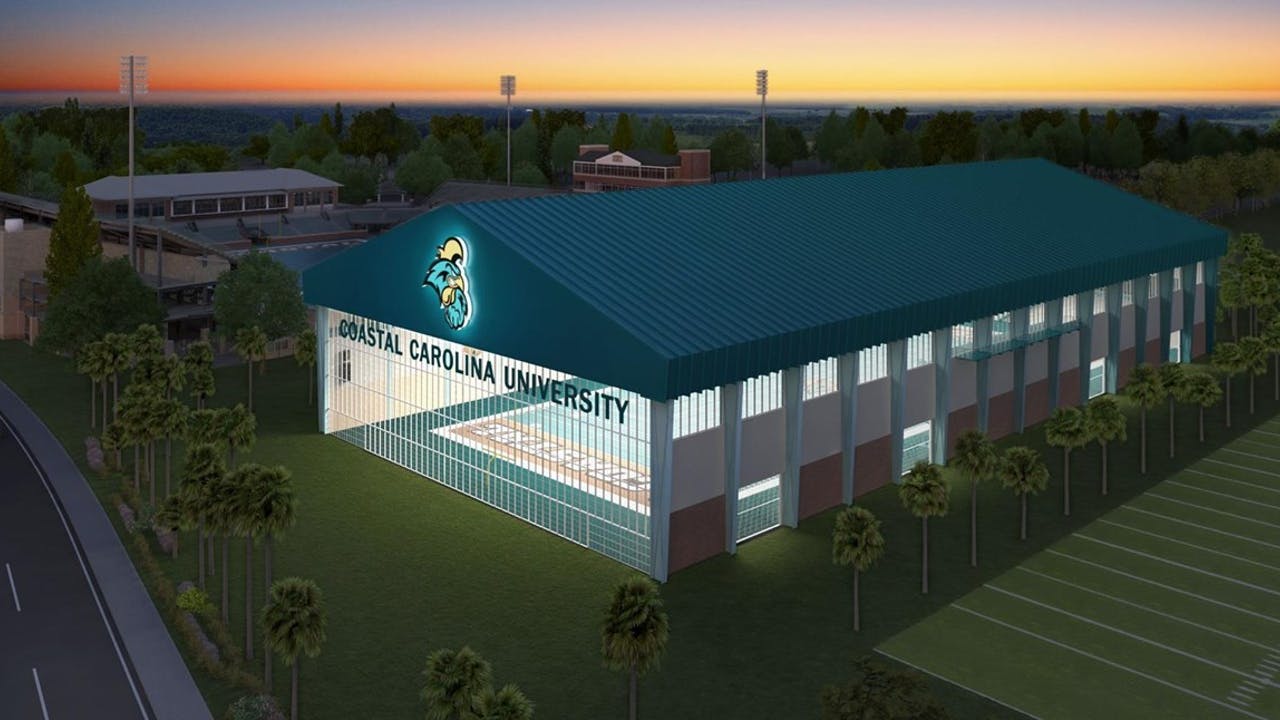 The contribution enables CCU to begin design work on an indoor practice facility, expanded football facilities and a proposed south end zone project. The funds will also complete funding for a new stadium for the men’s and women’s soccer programs. Design work and construction began in September and is anticipated to wrap in time for the 2023 season. The new soccer venue will be on CCU's East Campus. Moglia and the university did not disclose the amount of the gift. — GoCCUsports.com