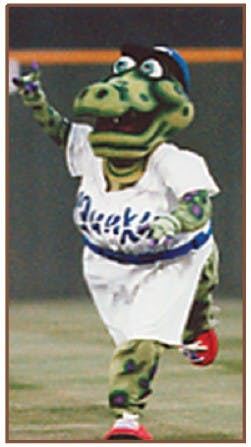 The twin doctrines of assumption of risk and limited duty have long held sway in cases involving spectators struck by projectiles (chiefly batted balls). Spectators at baseball (and to a lesser extent, hockey) games are presumed by the courts to be aware of the possibility of balls and pucks entering the stands - and, therefore, to have assumed the risk of being struck. As the majority opinion noted in Brisson v. Minneapolis Baseball & Athletic Ass'n [240 NW 903, 904 (1932)], "No one of ordinary intelligence could see many innings of the ordinary league game without coming to a full realization that batters cannot and do not control the direction of the ball."

Teams and facility owners also enjoy a measure of protection under the theory of limited duty, which holds that appropriate safety measures, such as the installation of netting and screens, need be taken only in the areas of greatest risk. Cases in which plaintiffs have prevailed traditionally center around the inadequacy of safety screens: those that are not long or high enough, or those that are found to be maintained in poor physical condition.

But wins by plaintiffs are rare, given the sheer volume of pro-defendant case law that stretches back for almost a century. Consider a recent case, Benejam v. Detroit Tigers Inc. [No.217727, Wayne Circuit Court, LC No. 96618356-NI (July 10, 2001)], in which Alyssia Benejam, a young girl who was sitting behind a net at Tiger Stadium, was struck by part of a shattered bat that curved around the net. Benejam's family sued the Tigers, contending that the net was insufficiently long and that the team did not adequately warn spectators of possible danger. After a jury awarded the Benejams a little more than $1 million, the State of Michigan Court of Appeals reversed, concluding that there was no evidence that the team failed to meet its limited-duty obligations and, furthermore, that "There is no duty to warn spectators at a baseball game of the well-known possibility that a bat or ball might leave the field." The appellate court's decision referenced a handful of cases adjudicated in the past 15 years, and then additional cases dating from 1961, 1953, 1951, 1950, 1931, 1914 and 1908.

Despite the strength of established precedent, recent alterations to the spectator experience could be bringing about a change in the way courts view projectile accidents.

In contrast to the first half of the 20th century, when the action was confined to the field of play, fans today enjoy (or, depending on your point of view, endure) a comprehensive experience ranging from animated scoreboard races to "the wave." The following is just a partial list:

• Monitors on the backs of seats for viewing statistics or ordering food;

• Binoculars attached to seats that can be rented for the game;

• Various contests on and off the field;

• Various entertainment activities in the stands, such as vendors armed with hot-dog cannons;

• Sideline barbecue or picnic areas where some individuals are seated with their backs to the game;

Aiding plaintiffs in projectile-injury cases is a salient fact - many, if not most, of the distractions inherent in the modern event experience are developed, initiated and deployed by the teams. Teams utilize such efforts either to entertain restless spectators or to get patrons to spend more money. Either way, these distractions are marketing techniques used to increase potential revenue, and as such are only tangentially related to the game being played.

Can these various activities affect liability? The answer is yes. In one notable case, Lowe v. California League of Prof. Baseball [56 Cal.App.4th 112 (4th Dist., Div II, CA 1997)], the Rancho Cucamonga Quakes' dinosaur mascot was doing his dance to entertain the fans when his tail bumped a spectator. The spectator turned around to see what had happened, and at that instant, he was hit in the head by a foul ball, suffering severe facial injuries.

The spectator brought suit against the team claiming that it was negligent in not providing protected seats. The team responded with a motion for summary judgment, which was granted by the trial court based upon the concept of limited duty. The spectator appealed, claiming that, distracted by the dinosaur mascot, he was unable to get out of the way of the foul ball. The appellate court overturned the summary judgment ruling and remanded the case to the trial court, after which the parties quickly settled.

In its ruling, the appellate court held that a triable issue of fact remained: "Namely, whether the Quakes' mascot cavorting in the stands and distracting plaintiff's attention, while the game was in progress, constituted a breach of [limited] duty." The court's decision was based in part on the fact that "mascots are needed to make money…but are not essential to the baseball game." Since a mascot is not integral to the game, the court reasoned, by introducing the mascot into the stands the team did in fact change the viewing environment and increase the inherent risk to fans. The court even pointed out that the mascot could have stayed on the field and out of the seating bowl, lessening or even eliminating the likelihood of an accident occurring.

Another change to the spectator experience that could potentially impact team owners' liability in projectile-injury cases concerns the proliferation of premium seats. Developed and marketed by teams over the past decade, these seats cost significantly more than standard seats and are often located in the most desirable location for viewing the event - right down front. In baseball, these seats occupy the front half of the lower seating bowl along the first and third base lines and directly behind home plate - the area in a stadium where there exists the greatest likelihood of foul balls or thrown bats entering the stands.

Consequently, it is also the area of the stadium in which spectators are afforded some protection from projectiles. Beginning in the lively ball era of the 1920s, stadiums were outfitted with screened backstops that in some cases reached the dugouts on both baselines, and in many stadiums were topped with netting stretching from the screen to the front of the second deck.

What has changed, besides technological advancements in screen and net tensile strength, is spectators' access to these protected seats. Premium seats are reserved seating, and many spectators either do not have the opportunity to purchase them (teams may require long-term contracts to secure seat location) or couldn't afford the asking price even if they did. In the Detroit Tigers' one-year-old Comerica Park, for example, 3,000 seats marketed as the "On-Deck Circle" encircle foul territory from first base to third, and require a payment in addition to the regular ticket price.

Teams not only heavily market premium seats, they expend an increasing amount of energy ensuring that only those people who have paid for premium seats occupy them during games. Fan migration is a serious concern for teams and for many spectators - particularly those who have paid $100 for a seat only to sit next to an interloper with a $10 ticket.

Case precedents, however, assume that spectators concerned with the possibility of injury could easily move to an area of the stadium protected by a screen. For example, Kavafian v. Seattle Baseball Club Ass'n [181 P. 679, 679 (S.C., WA, 1919)], an early foul ball case, features a discussion of seat selection opportunity that concludes with the court's view that when a patron "could have chosen among a number of vacant seats in the screened portion of the grandstands…and was injured by a ball, he cannot recover, having been negligent or having assumed the risk."

But what about the modern circumstance, in which a patron cannot choose, either because of financial limitations or ticket availability. Defendants in projectile-injury cases can be asked if they would allow someone to move from an unscreened seat to a protected seat, especially if there is a disparity in ticket prices. Thus, the proactive facility owner must consider not only whether screens are adequate in size and in good condition, but also whether there are enough protected seats available for any spectator who might specifically request them.