A second worker, 51-year-old Wade Dowling, sat on the metal decking and tried to kick the loose angle free, whereupon he lost his balance and fell 25 feet onto a concrete floor. 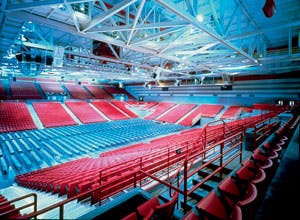 Workers from Capitol City Erectors, a West Columbia, S.C., welding subcontractor, were putting the roof structure over Winthrop University's soon-to-be wellness center on Sept. 14 when they hit a snag. One worker was on a steel beam using a welding torch to cut a bridging angle, and had trouble getting the angle to come off. A second worker, 51-year-old Wade Dowling, sat on the metal decking and tried to kick the loose angle free, whereupon he lost his balance and fell 25 feet onto a concrete floor. Dowling died later that day at a local hospital.

Another worker who was next to him when he fell told investigators that Dowling was wearing a fall-protection harness, but wasn't sure whether the lanyard that hooked to the harness was properly fastened. That eyewitness to the tragedy was Dowling's son.

Such accidents are not limited to construction sites. Occupational Safety and Health Administration (OSHA) standards apply both to construction and "general industry," which includes guidelines applicable to maintenance workers - those on the roof repairing the HVAC system or those indoors changing a light fixture, setting up for a concert or hanging a sports banner. In many arenas and rec centers, workers use a lift in which they're protected by railings, while other facilities are outfitted with catwalks surrounded by guardrails. But the costs involved usually mean catwalks service only one or two roof trusses - and so workers commonly leave the safety of their guardrails, exposing themselves to injury and their employers to liability.

That's where fall-protection systems can help. When used properly, workers wear a full-body fall-arrest harness, and either a shock-absorbing or self-retracting lanyard that is connected to an engineered horizontal lifeline. OSHA's standards don't explicitly mention fall-protection systems, but David Evangelista, president of Evan Fall Protection Systems Inc. of Jamestown, R.I., says OSHA accepts them as an alternative to guardrails on beams and catwalks. They don't come cheap; Evangelista estimates the cost at between $50,000 and $100,000 depending on the size of the arena (the variable is not the seating capacity but the number and configuration of roof trusses).

In October OSHA fined Capitol City Erectors $3,000, having made the determination that the company's workers were either not using their system or using it incorrectly. A civil suit, of course, would be more costly, which is why fall-protection systems are increasingly being specified in new construction and retrofit into older buildings to protect maintenance workers. "They should ideally be integrated in the design of buildings," says Evangelista. "When a building is being built is when money's available. Once an arena's up and running, it becomes much more difficult to find that money." 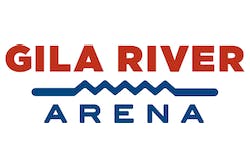