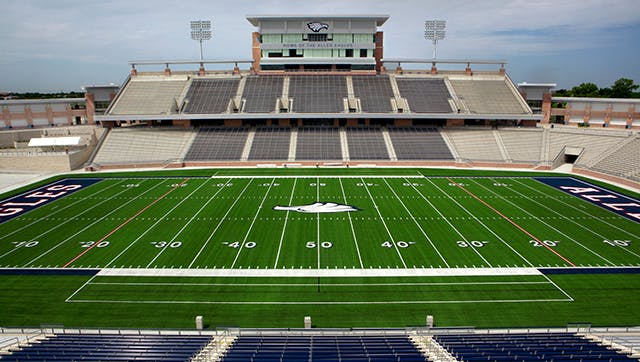 Eagle Stadium, located in the Dallas suburb of Allen, will close indefinitely, district officials said Thursday due to "extensive cracking" in the stadium's concourse. According to ESPN, the closure will likely affect home games at the stadium this fall, the district said.

Ben Pogue of Pogue Construction, which built the stadium, told reporters that the cracks range from a quarter-inch to three-quarters of an inch wide.

"There are concerns surrounding the stadium, but we have been — for a long time — part of the solution," Pogue said, according to the Dallas Morning News. "I'm optimistic that we're going to have a quick resolve to this that will not affect the football season that's coming up." 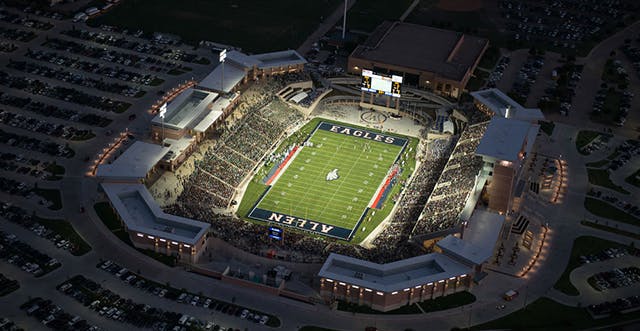 Eagle Stadium is the fifth-largest high school stadium in Texas, but the largest that serves only one high school. The stadium features a 38-foot-wide video board and 6,500 bench-back seats. Since Eagle Stadium opened, Allen High School is undefeated at home and was won two Class 5A Division I state championships.