Sustainability: Plenty of Room for Improvement in Athletics, Recreation, Fitness

Athletics, recreation and fitness is a multibillion-dollar industry with lots of room for improvement in the area of sustainability. 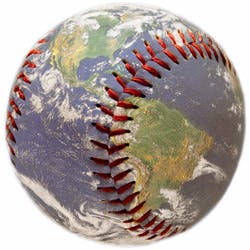 Photo of the earth superimposed onto a baseball

Sustainability is a young movement, but its rise has been nothing short of meteoric. Intellectually, its origins can be traced to the late 1980s, with the World Commission on Environment and Development's 1989 definition ("[to meet] the needs of the present without compromising the ability of future generations to meet their own needs") and the United Nations' first Earth Summit in 1992.

Early elucidation of the term in the building construction industry dates to the founding of the AIA Committee on the Environment in 1990, the development of LEED (Leadership in Energy and Environmental Design) in 1998, and the debut of the Greenbuild International Conference and Expo in 2002. In business, The Ecology of Commerce, Paul Hawken's clarion call for corporations to clean up their collective act, was published in 1994. Although Hawken called "restoration" of damaged and deteriorating ecosystems "far more compelling than the algebra of sustainability," the book became a primary inspiration to Ray Anderson, chairman and founder of Interface Flooring Systems, who completely transformed that company in the late 1990s from merely the world's largest manufacturer of commercial carpeting into the world's leading corporate voice in the movement toward sustainable development.

The past several years have seen unprecedented attention given to all things green. Certainly, manufacturers of building products now see green in green - Greenbuild's 2008 expo had 807 exhibitors, up from 479 in 2007. But in fact, Americans on the whole are just getting the message - recycling and composting of municipal solid waste rose from 25 percent in 1996 to just 32 percent in 2005 (the last year for which the Environmental Protection Agency has statistics), and exactly half of all paper products are now recycled. That's good, but it means there's still the other half to go.

Athletics, recreation and fitness, though only a small part of this picture, is a multibillion-dollar industry with lots of room for improvement in the area of sustainability. For all of the great news reported in this issue - sustainable public schools to collegiate programs, environmentally conscious building design to sports surface greening - it's probably best to keep in mind that "the ability of future generations to meet their own needs" is not at all assured. I invite all concerned AB readers to join the sustainability conversation on our reorganized and redesigned website - AB's greenest statement yet in 33-plus years of publication. Save these articles and share them with your colleagues, but do so electronically. You just might be saving more than you realize.