One On One: Charles Clotfelter Discusses His Book on College Sports

In researching his latest book, Big-Time Sports in American Universities, Charles Clotfelter looked at 58 universities with leading athletic programs and found that 87 percent of 600 New York Times articles about those schools were focused on sports. 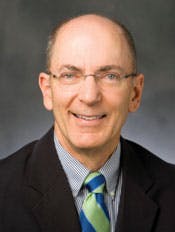 In researching his latest book, Big-Time Sports in American Universities, Charles Clotfelter looked at 58 universities with leading athletic programs and found that 87 percent of 600 New York Times articles about those schools were focused on sports. He discovered that head basketball coaches get Googled three times more often than their university's president. Over the past 24 years, presidents' salaries have just about doubled while head football coaches' compensation has increased by a factor greater than seven. Paul Steinbach asked Clotfelter, a professor of public policy at Duke University, for his take on the current state of college sports.

Q: There have been at least 10 books written about college sports as an enterprise over the past 15 years. What made you want to add to that reading list?
A: The question I wanted to ask was really a very naÃ¯ve kind of question, and it doesn't necessarily occur to somebody who like me grew up following college sports: "What's a commercial sports enterprise doing inside a university?" My objective was not to come out one way or the other and have some kind of a grand policy prescription. I was much more interested in getting some facts on the table, because if you look at these books on college sports and the things that are written in magazines and newspapers, there's a lot of opinion, a lot more heat than light. I wanted to try to give a balanced presentation of the facts, to the extent I could, and then let people draw their own conclusions.

Q: How did we get here?
A: Big-time college sports has had the same criticisms leveled against it for 90 years, and nothing has changed appreciably. It just seems quite unlikely that universities on their own, and within the NCAA, are going to significantly reform anything, because the people who run these universities want to have the sports. They're not bad people; they just put a lot of value on having winning teams. That's the reason I say that if you want to reform things, go to the decision makers. Don't blame Nike. Don't blame commercial enterprises outside the universities.

Q: You found only 10 schools that mention athletics in their institutional mission statements. Shouldn't they all?
A: Well, if their objective is to be descriptive and honest, they should. If you just listen to university presidents talk about guiding principles and functions, you don't get, "Well, we're also trying to win games against these other teams." But in terms of how much attention is given to it, how much the campus really stops in its tracks when a game is played, you can't fail to see how important big-time sports is.

Q: Can you envision college sports being anything but what it is?
A: It's unlikely that we're going to see something different if we leave it up to the universities. If something from outside were to change, if Congress were to say we want to see a change, it could probably make something happen. But college sports is pretty popular - even in the halls of Congress.