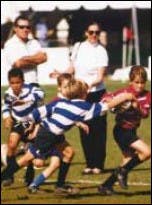 If you get the feeling that T-ball and swimming aren't whipping your community's youth into a frenzy of excitement, Denver and several other cities claim to have just the alternative: non-contact youth rugby. As part of Denver's Summer in the Parks program this year, the sport caught the attention of boys and girls alike and, depending on the program's success, may be added as a regular league program in future years.

Purists may scoff at the very idea of non-contact rugby-rugby just isn't rugby without contact-but proponents contend that the stripped-down version allows younger players to learn the rules of the game without having to tackle, if you will, the rougher side of rugby. It is the same concept, they say, as touch football.

"You have the complete game of running, passing the ball and creating space, which is the essence of rugby," says Scott Novack, manager of youth development programs for USA Rugby. "Contact and the more technical aspects of the game can be taught farther down the road, when kids can be taught how to make contact in a safe manner." How exactly is contact kept out of the picture? Everything is uncontested. If players get tagged, they have one or two seconds to get rid of the ball, or a penalty is called. Pat Walsh, who has been developing programs in Maryland, Virginia and Washington, D.C., since 1995, says he has not witnessed a single injury.

"Since it's two-hand tag and you're not supposed to block the person running, you typically aren't going to get collisions," says Walsh, who is now a USA Rugby youth coordinator. "Because the passes are backward, and the defense typically is in front, you see kids coming. If you're coached and refereed properly, even when the ball is contested on the ground, the referee is very quickly going to state whose ball it is."

Because concern about safety is usually parents' and administrators' main obstacle, interest in rugby builds quite quickly once people experience the noncontact version of the game. Since last year, Walsh has doubled the number of non-contact youth rugby teams in his area. Ted Novack, director of parks and recreation in Las Cruces, N.M. (and father of Scott), is hoping his community will latch on just as quickly to a program the city plans to have in place by next spring.

"When we started having organizational meetings in the winter months, the enthusiasm seemed to grow," Ted Novack says. "We saw it in the same light as the roller hockey program, which started out with small numbers five or six years ago, and now has a very good-sized contingent in youth and adult programs."

Walsh's leagues, as with roller hockey, are seeing interest among girls as well as boys. The teams, which in Walsh's leagues are separated into groups of 7- to 10-year-olds and 11- to 14-year olds, are often coed.

"It happens to be a game that at that age level, the girls have equal capabilities for running and passing and support," Walsh says.

Youth rugby is also drawing participants who may never have been interested in organized sports. Walsh has talked to parents whose children have spent their summers watching TV and playing video games, and then suddenly decided to play rugby. Some may be attracted to the sport because it's out of the mainstream. Others may see an opportunity to make their own decisions.

"With rugby, once you have a scrum and the ball comes out, the game could go on for five minutes, without the coach getting to call out plays," says Walsh. "When kids touch the ball, they can run with it or they can pass it. Every time they pass the ball, the next kid's in charge. It really gives kids an awareness of continuity and supporting the play."

Park and recreation officials see noncontact rugby as a relatively easy program to add, since it can utilize existing football and soccer fields during those sports' off-seasons. Doing so lessens the possibility of conflicts for potential players, making it more likely to receive support from football and soccer coaches looking for ways to keep their athletes' skills developing in the offseason.

Rugby is great training for almost any sport, notes USA Rugby's Scott Novack. "You have to be able to pass, run and move laterally, and you have to have agility, quick acceleration, long-term running skills, ball-handling skills and kicking abilities," he says. "Rugby takes the essence of many different sports and accumulates them into one."

It's also a low-cost sport, says Mark Rudolph, USA Rugby's executive director, requiring only the purchase of rugby balls. The main challenge is finding coaches and referees familiar with the sport, the only area a budget might need to stretch to cover. Often, a park and recreation department can find qualified volunteers by contacting the local rugby club, if one exists. If potential coaches or referees have little experience in the game of rugby or coaching in general, some training may be required. USA Rugby (www.usarugby.com) offers coaching clinics, and is developing an educational module for coaching, refereeing and administrating.

The organization also has youth development officers who work in particular regions to assist with program setup. They can help train volunteers and answer rugby-specific questions, such as how wide a field should be if games are played 7-on-7 instead of 15-on-15. Many of these questions will also be answered in guidelines expected to be approved and distributed by USA Rugby this fall.

The trick for most communities is letting people know the sport exists. Fortunately, most park and recreation departments already have a relationship with local school districts, which can be helpful when distributing materials to recruit players. Program administrators can include an announcement in the sports section of the community paper, and can also take advantage of sport crossover by specifically targeting athletes from other sports. At football sign-up sessions (usually in June), administrators of summer rugby programs should plan to have their own table, perhaps utilizing a rugby video to demonstrate the sport.

Eventually, enthusiasts hope, all this promotion will catch on-not only with kids, but with adults. "We want to get kids playing the game so they can grow up with the sport," says Rudolph. "By the same token, we understand there are a lot of adults out there looking for an alternative sport. We hope that someday down the line, there will be contact and non-contact adult rugby, as well." 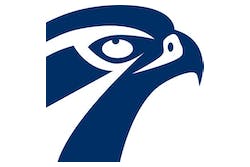